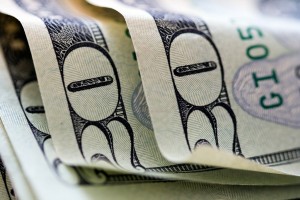 What’s it all about? Users can now pay $7 per post to give their posts more visibility in the Facebook News Feed. The feature is available to people with less than 5,000 total friends and subscribers and, according to TechCrunch, Facebook hopes the feature will be used “for garage sales, parties, wedding photos and other important announcements.” More on that in a minute.

Wanna know more? Once you decide you can’t live without this and have published a post on your Facebook page, you’ll see a Promote button in the same line as the Like, Comment and Share options. Once you click that, a window will pop up with a price. Then, click Pay to Promote and your payment method of choice will be charged.

After that, Facebook will bump your posts’ rank in the News Feed so that it appears higher and to a larger portion of your Facebook friends. This matters why? Well, on average, Facebook posts are seen by 12-16 percent of your friends, so if it’s important to you that your friends see what you’re posting, this might be something worth considering.

Once you go this route, promoted posts are then marked as Sponsored, and you can check analytics, which tell you how many more views your post had because you promoted it.

Oh, and one more teensy detail–this feature is being rolled out to a limited number of users, so you may not see this functionality immediately available on Facebook. The site is working out a few parameters, including other prices.

Bring On The Skepticism

We were a little unsure of promoted posts for pages, although we still think that they represent an affordable alternative to Facebook advertising for brands and businesses who want to get a little more exposure, especially for content like specials, sales and limited-time incentives.

We’re a lot less sure of this feature in the hands of individual users. Sure, Facebook outlined some intended uses of the service—but, c’mon. There’s a real chance this feature will become much more spammy than helpful—but, as always, time will tell. And if all else fails, you can either get better at filtering or hit the de-friend button, right? And as with anything in life, promoted posts in moderation could be a great thing, especially for applications like raising awareness and money for a charity or announcing major life news.

“If Facebook isn’t careful, Promoted Posts could offend and marginalize financially-strapped users,” writes Josh Constine. “If it makes sure to minimize overuse, though, it could give people a powerful way to identify what their most important content is: putting their money where their mouth is.”

So, what do you think? Is this a major annoyance, just another way for Facebook to try and make money or something that could actually be beneficial? Let’s hear it.

Image by Unhindered by Talent via Creative Commons