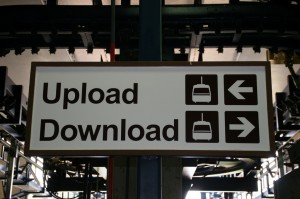 Facebook already offered people the ability to upload files from their computers—this new functionality gives Dropbox users the option of directly uploading their files to Facebook without first transferring to their computer’s hard drive.

In a blog post, Dropbox’s Chris Varenhorst identified a number of potential uses for this new option: “Now you can share notes with your study group, add the latest game schedule to your basketball team’s group or post a birthday video to your family’s group at lightning speed from wherever you are—just as long as you have them saved in Dropbox.”

Sure, in the scheme of Facebook updates, the new Dropbox integration isn’t the most groundbreaking change that could be made. Yet depending on how you use Facebook Groups (and Dropbox), this new functionality could make your file-sharing experience a lot more convenient and streamlined.

When you consider Dropbox integration on its own, this new feature is likely something that will noticeably impact only a small group of people. Yet consider all of the other functionality Facebook offers—and if the site continues to pursue and implement these sorts of key partnerships, it’s a sign that Facebook is continuing its ongoing quest to be a be-all, end-all online destination.

“It’s a smart move for Facebook to stay totally focused on its core mission of being the social infrastructure of the web,” writes TechCrunch’s Colleen Taylor. “It’s also a big coup for Dropbox, which will now have lucrative exposure to Facebook’s huge user base. It’s my understanding at the moment that there are no plans for Facebook to integrate to other cloud storage services—so this serves as a big testament to how much Facebook is trusting Dropbox’s technology.”

What’s your take on this new functionality?

Image by johntrainor via Creative Commons