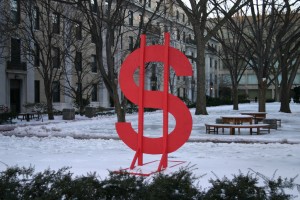 When it comes to Facebook marketing, it’s easy to get caught up in insights like page likes, comments and shares. Yet there’s a more critical objective to keep in mind: use Facebook to increase your company’s sales and, by extension, your bottom line.

There’s no denying that social media is a great tool with which to increase a brand’s awareness as part of a commercial campaign or promotion. Everywhere you turn, you’re now confronted with the ubiquitous “Like us on Facebook” plea beckoning you from storefronts, TV ads, receipts, billboards and online banner ads. Most brands now make it a priority to include a Facebook icon that directs consumers to visit their respective Facebook pages.

Acquiring fans and building a brand’s fan base is important in the early stages of any social media campaign on Facebook. And after all, that makes perfect sense. If you don’t have a Facebook audience, then you don’t have anyone to see or engage with your content. And a social network without any sort of social aspect isn’t much fun, never mind that it probably also won’t impact the bottom line. As you’re working on your social media strategy, it’s imperative that you keep your eye on the larger goals—and that probably also includes selling more products, acquiring more business and helping your company be more successful. Right?

Beginning in November 2007, Facebook began allowing users to create dedicated business pages. In April 2010, consumers were allowed to become “fans” of those business pages and, shortly after, consumers were offered the chance to “like” a brand in order to get updates ranging from special discounts to coupon giveaways to news on new products.

A survey from Ad Age and Citibank shared that brands invest in Facebook campaigns with the goal of creating brand awareness as the primary objective. Forty-nine percent of marketers say that their primary reason for investing in Facebook ads is building awareness. More than 17 percent say that building website traffic was their primary reason, followed by new fan acquisition, which involves attracting new “likes,” engaging with customers and leading to generating valuable sales leads.

As marketers, we collectively strive to build our client’s Facebook presence by consistently posting engaging content, growing the audience and encouraging fans to participate in the page, thereby creating a closer relationship with the company. Yet in the midst of the avalanche of Facebook best practices blogs, books and webinars, one key question remains: do “Likes” translate to sales?

That data shows that Facebook fans are more likely to visit a brand’s online store—and that means that yes, Facebook likes often do translate to sales. If your brand or business has something to sell and you’re not already on Facebook, or you’re not spending as much time there as you should you might rethink that. Or if you are using Facebook but it’s not impacting sales, it’s time to revisit your company’s social media marketing strategy. If what you’re doing there isn’t leading to website visits, leads and sales, then it’s largely not working.

One final point–it’s important to keep in mind that this data isn’t foolproof. Facebook advertising campaigns can quickly get expensive. And we all know that a brand isn’t always guaranteed sales as a direct result of Facebook likes. At the same time, however, it’s quite likely your brand can’t afford to not be on Facebook. Today anyway, it’s where consumers are, and in most instances, it probably means you need to be there, too.

What about your strategy for Facebook? Is it integrated with the rest of your marketing efforts? Are you measuring your brand’s performance on Facebook as it relates to leads and sales? If not, why not? Is social media sales and marketing part of your overall strategy or are you just on Facebook, well, because everybody else is? I really would like to hear your stories.

Image by GregPC via Creative Commons