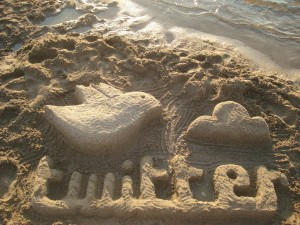 We’re data geeks. So data that shows that teens are favoring Twitter over Facebook—that gets our attention. Recent data from Pew shows teenagers are shying away from Facebook and becoming increasingly active on Twitter. For many brands, today’s teen audience is their consumer base of tomorrow—thus, paying attention to the behavior of this group in social media channels (and elsewhere) makes a lot of sense.

When Twitter first opened its cyber doors in 2006 (6 years ago yesterday, to be exact), the sphere quickly filled with 30-somethings and tech geeks. In other words, it was the last place a cool teen would be found. Over the last three years, however, things have begun to change. Pew’s study shows teen Twitter usage has doubled from 2009 to 2011, increasing from 8 percent of all users to 16 percent. That’s a big increase! 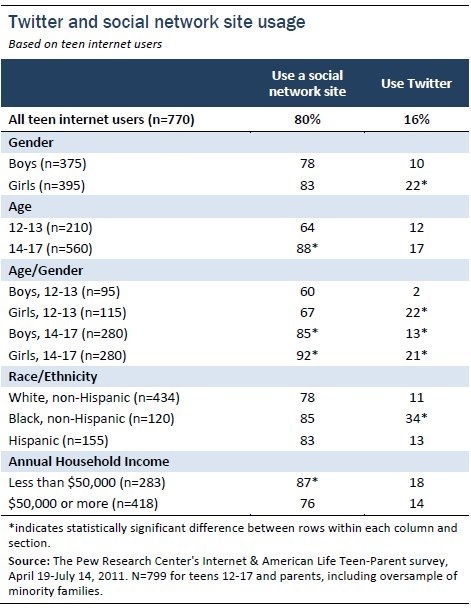 Sure, this number seems paltry in light of Facebook’s explosive growth that sees its user base grow by the millions. Yet the stats tell a compelling tale: an increasing number of teenagers are moving away from Facebook in favor of Twitter.

Could it be that teens feel Twitter creates a feeling of privacy (honestly—is anything on the Internet private, really?) that’s absent from Facebook? Is it largely due to Twitter’s concept of non-mutual friends—just because someone follows you on Twitter doesn’t mean you have to follow back? Or does participating on Twitter, where there are essentially no walls, remove the social obligation to ‘friend’ every person you recognize on the street, creating a smaller and less overwhelming circle of people to interact with?

Or (and this is the one I vote for) could it simply be that parents swarmed Facebook in the past few years and let’s be frank—it’s pretty hard to deny your mom’s friend request. And who really wants to hang out online with their parents? I know that when I was a teen, I was most interested in and highly focused on avoiding parental attention. In fact, I was somewhat of a professional at that. And that’s where it’s not hard to see the attractiveness of Twitter as it relates to teens. To a large degree, parents are less likely to be participating on Twitter than they are on Facebook, so it gets teens the heck away from the prying eyes of mom and dad. Score.

The bottom line: what kids want is a private space where they can talk to friends, be themselves and share their thoughts.  Thoughts that may or may not be things they’re interested in sharing with their parents.

What does all of this mean for Facebook? Well, that could be part of the appeal that lead to a $1 billion dollar purchase of Instagram, now couldn’t it?

As both a parent and someone who uses a wide variety of social networks, this makes total sense to me. And yet there’s still one obstacle to figure out how to tackle—how much privacy to provide your kids in a world filled with a whole bunch of psychos.

As a marketer, I’m watching this trend because it’s a huge component of strategic initiatives that we’ll be putting in place now and in the not-too-distant future. What about you? Do you pay attention to the behavior of different demographic groups in the online space? If not, might I suggest that it’s not a bad time to get started?

Is there something about Twitter that might make it attractive to teens that I’ve missed? If so, I’d love to know what you think. Always.