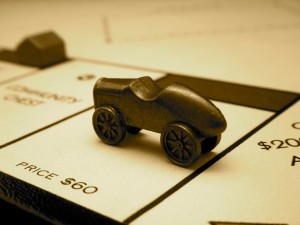 Games are fun—well, unless you’re playing with your super-competitive friend. And we all have one, don’t we? Still, for the most part, games are entertaining—and that’s why gamification has taken off as a technique to entice people to adopt various applications and processes.

Gamification is defined as the use of game design techniques, game thinking, and game mechanics to enhance non-game contexts. In other words, gamification gets people interested in something they otherwise wouldn’t notice while also encouraging them to compete in game-like activities.

Big news recently broke in the gamification space when Badgeville, The Behavior Platform and global gamification leader, announced an exclusive partnership with social media data company PeopleBrowsr. Combined, they’re the only gamification solution that can incentivize and reward specific user behaviors across Facebook, Twitter and other leading social sites.

“Smart gamification is fundamentally a data challenge, where the more information you are able to track on user behavior, the more powerful your program becomes at moving the behavior needle,” said Kris Duggan, CEO, Badgeville, in a release. “The exclusive partnership with Peoplebrowsr enables us access to a whole new level of information around user behavior in very public and valuable experiences.”

The premise is pretty simple:

This will be the first incentivized program that analyzes and rewards tweets and Facebook likes. Think of your Xbox 360 or PlayStation 3 console – Microsoft and Sony have been utilizing gaming mechanics for years in its Achievements and Trophies, which produce virtual acknowledgement and awards for in-game actions. Verizon Wireless recently gamified its website and saw 30 percent more logins. Even industries like finance can capitalize on gamification—smartphone and web apps like Payoff.com, CreditCardio.com, and others use reward-like badges or prizes to incentivize positive, short-term financial actions.

“If a customer creates a Facebook post that mentions a particular product favorably or tweets about it on Twitter, she will earn a “Social Butterfly” achievement that recognizes her contributions next time she interacts with that company’s website or mobile application,” according to Badgeville. A company could also create a mission which rewards employees for completing a series of tasks such as sharing important content like company announcements and job openings.”

Data drives decisions—it’s really as simple as that. And gamification builds on demographic and consumer behavior data to engage with two strong emotions: being rewarded and having fun.

After all, you can’t beat the feeling of winning a trophy in soccer and heading to Dairy Queen afterward to celebrate. We all like to win, and companies that are tapping into that drive to succeed with gamification techniques will likely see a much more engaged response from their customer base.

What’s your take on gamification? Have any companies influenced you to consider new information or change your behavior based on the potential for rewards and recognition?