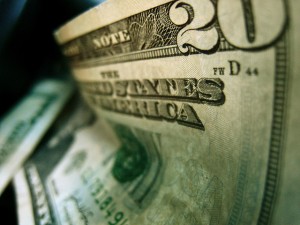 They say money can’t buy you everything—but in this case buying visibility (or popularity) on Facebook might just be a reality. The company is currently testing a ‘highlight’ feature that would let Facebook users pay $2 to promote their status updates. Well, that’s craptastical.

The ‘highlight’ feature is geared toward individual Facebook users, not pages or businesses, and is now being tested by a small number of people in New Zealand. Currently, the visibility of Facebook posts is determined by the site’s EdgeRank algorithm that takes into account factors like affinity, weight and time to determine who sees that particular post—which, by the way, is typically seen by only 12 percent of your friends.

When new sites or features are released, we tend to sit back and see how things play out before making a decision. And although we’re interested to see if the ‘highlight’ feature becomes more widespread, our gut feeling is that this is not a direction in which Facebook should go. In fact, unless there’s something I’m totally missing, this downright stinks.

Sure, Facebook wants to make money—we all do, right? But are they really hurting for revenue? There’s such a huge risk involved in creating a social site in which visibility can be bought rather than earned by producing relevant, quality content that sparks organic engagement. Creating ways to game the system—as with Klout or Empire Avenue, for example, or Facebook’s new ‘highlight’—seem, to us anyway, an utter contradiction of the inherent purpose and benefit of social sites.

Not only could this tactic get annoying—it could become downright spammy, too. Can’t you already kind of make a list of the people you know that you can see starting to do this? I know I can. If this is going to happen universally, to our way of thinking the value of the News Feed will be diminished, because it will be populated by the annoying folks who are paying for visibility.

Hopefully Facebook will be smart and limit the use of paid highlights—to something like once a month. That way, if Facebook advertising doesn’t make sense as a possible outreach solution, users could have the option to more widely promote information that they find truly important without abusing the feature at a low price and making everyone who knows them hate them.

Image by billaday via Creative Commons