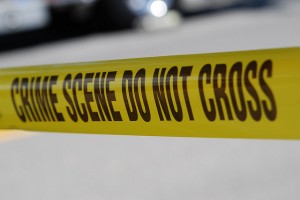 Crimes are being committed across social media channels every day, every hour, every second.

A complete lack of strategic vision or counsel upon jumping into social media.

Sometimes it’s a crime of passion – excitement can get the best of people and they leap without planning.

Other times, it’s a crime of pure injustice – a company unknowingly puts faith in an ill-equipped social consultant or agency.

And, in other instances, it’s a crime of negligence – a social presence is started within a department and it grows, in a silo, while upper-management turns a blind eye.

Regardless of the reasons for the crime, innocent as they may be, companies emerge a bit scarred and desperate for help from those who have the chops to make it through the crime scene.

A friend of mine came up with this term, social media forensics, to describe this process, and it really resonated with me. Like an actual crime scene investigator, it’s not our job to accuse or try the perpetrator, but to reveal the story and see that justice is served.

I recently stepped into such an investigation and, the evidence of the crime was staggering…

This is probably the most common and telling piece of evidence proving lack of social strategy – posts and social profiles strewn about, haphazardly. I identified profiles that the client didn’t even know existed. None of the profiles in these accounts were consistent, or even up-to-date with current messaging. And of course, all lacked any sort of optimization.

As I continued my investigation with this client, I uncovered a variety of social media channels where they had publicly indicated that they’d be present, but…never showed up. For instance, this particular client had online newsroom that wasn’t linked to the site or being utilized by the PR department.

Such a common mistake…a dedicated employee takes it upon themselves to build a company Facebook page, and, rather than developing a fan page, created a profile page. And, as was the case with my client, a fan page was later developed, leaving two identities up and running, amassing followers to each one with added burden to the Community Manager to post superfluous content to each (see #1).

4) The bloodbath in the closet.

A solid social strategy will include metrics by which to report on success. There are many tools out there that will give you some data and pretty charts, but if this is ALL your reporting consists of, it’s a lot like staging a crime scene, leaving both the victim and the investigators at a loss. In my case, I learned that Klout reports were being used to measure success of the social media efforts. (And yes…this made me weep inside.)

So, with the evidence mounting, what do you do next?

Like I said, it’s not the job of the crime scene investigator to accuse. But, to ensure justice is served, we can help the victims move on and help make sure that the body count in the community is low…

Have you done your own social forensics? What evidence have you seen in these cases?