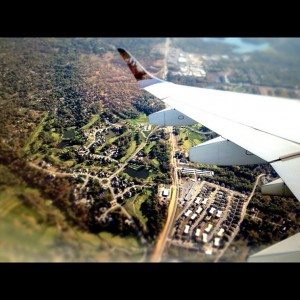 In a world where brands are constantly seeking new ways to listen to and engage in online conversations, airports have it easy. Across all social channels, consumers are talking about travel with frequency and passion. They’re researching reviews and crowd-sourcing ideas during the planning process. They’re boasting with photos while away and recounting adventures when they return. Luckily for airports, it seems the most frequent travel conversation takes place when travelers are sitting in an airport waiting to embark on a journey or arriving home after several days away. Location-based apps like foursquare and Facebook have helped drive the trend of travel check-ins all while providing airports with a steady stream for listening and engagement.

Checking In: Airports and Location-Based Apps

Earlier this year I flew to Los Angeles. While en route I tweeted my check-ins at MCI (or KCI locally) and LAX airports. I was the 491,323rd foursquare check-in at Los Angeles International Airport, where, according to foursquare tips, 228 people have hopped off a plane “with my dream and a cardigan.” That total check-in number exceeds the population of several small counties. Nearly a half-million people have identified themselves to the operator of LAX as active customers. What incredible information!

In January of this year, Kansas City International Airport had its one hundred thousandth Facebook check in. While clearly not one of Kansas City’s most iconic landmarks, more than 95,000 foursquare check-ins have taken place at the airport since the application launched in 2009. That’s more than Arrowhead Stadium, Kauffman Stadium, the Country Club Plaza, the Sprint Center and the Kansas City Power & Light entertainment district combined. It’s clear that the social-savvy set engage when they travel.

Inside An Airport’s Strategy

Unlike most large organizations representing themselves in social channels, airports have very little product to sell. Certainly there are some purchases made in airports, such as food, parking and the occasional gift item, but the majority of travel purchases are made well before a suitcase is packed. Customers have booked their flights, hotels, cruises and rental cars directly or through a travel agent and have given very little advance thought to the airport experience. Although it is not the airport’s job to sell tickets, rent cars, deliver bags or pilot airplanes, it is our responsibility to make the travel process as seamless as possible.

Since 2009, the airport has been actively listening and seeking to offer Midwestern hospitality to locals and visitors alike. As our airline partners have increased their social presence, we’ve enjoyed connecting our tweeting fliers with airlines like @AmericanAir, @SouthwestAir and @United. When flight-related issues arise, we’ve been able to help customers find resolution through referrals to excellent customer service accounts like @DeltaAssist and @FrontierCare. We also attempt to connect our customers with other airports in their itinerary, especially when a long layover is in store. @Atlanta_Airport, @DFWairport and @DTWeetin have been great allies, extending a friendly welcome and providing recommendations to passengers flying to and from Kansas City. We follow hashtags for conventions taking place in Kansas City and seek to assist arriving passengers in finding taxis, rental car shuttles and other ground transportation. The recent Major League Soccer SuperDraft is an example of that engagement, during which we had the opportunity to participate in conversations with players and staff from MLS clubs across North America.

Of course it’s not always sunshine and tailwinds in the airport world. Weather happens. Up-line and down-line delays occur. Parking lots fill up. Ground stops go into effect and flights get cancelled. When we see a tweet or post about a cancellation or delay we focus on making sure the passenger feels informed and engaged. We reply promptly with airfield updates and links to flight information. We sympathize. We’re also not afraid to show a little personality. One of our favorite twitter diversions during a lengthy delay is a game of photo safari, where we’ll ask a passenger we have established dialogue with to tweet a photograph of things like a Cinnabon, a fanny pack or a lav cart.

Listening to the travel conversation has helped us identify some of our most frequent fliers and has allowed us to get to know them personally. Perhaps the simplest thing we do — a “Welcome home” tweet to Kansas City-based road warriors like @JasonCupp, @ZenaWeist and @BrianMcSpadden — is also the most impactful thing we do.

It seems as though building meaningful and loyal relationships is the natural outflow of listening and being helpful. What’s not to love about that? 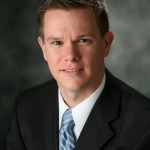 As a result of fifteen years in the air travel industry, Justin Meyer feels more at home in an economy class middle seat than behind his desk at Kansas City International Airport. Justin has been recruiting airlines to Kansas City since 2006 and jumpstarted the airport’s social media efforts in 2009. Find Justin on Twitter at @KCJetSetter or @KCIairport.