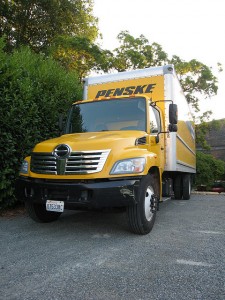 Last month, Twitter announced it had acquired blogging platform Posterous—not so much for the service, but for the brains behind it. And although both sites have been adamant that “Posterous Spaces will remain up and running without disruption” and they’ll “give users ample notice if we make any changes to the service,” many Posterous users are opting to migrate their blogs to other platforms like WordPress.

In fact, in the hours following the announcement, WordPress reported a 250 percent spike in the number of Posterous imports. Wow.

It’s not unlike Instagram users who are leery of the app’s future after Facebook’s $1 billion purchase of the impressively popular photo app and are already on the lookout for Instagram alternatives, as well as ways to export their photo libraries ahead of deleting their accounts.

Here at V3, we tend not to rush to judgment (and action) when things change—because they always do. Instead, we like to sit back and let things shake out and see what happens. But if you’re on the fence about where Posterous is headed and want to hedge your bets and import your content to WordPress, that might not be a bad idea.

And the good news? It’s an incredibly easy process.

How to Migrate Your Posterous Blog to WordPress

See? Easy, right? The hardest part of the process will be choosing a theme after your Posterous blog has imported. So. Many. Choices.

If you’re a Posterous user and have an idea about an alternative option to export your content, let us know—we’d love to hear your thoughts.