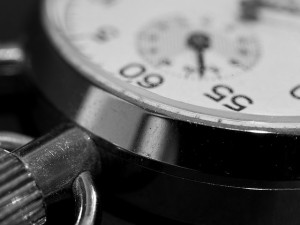 Internet users continue to spend more and more time on social media sites—so much so, in fact, that recent comScore data indicates that, later this year, social networking will eclipse web portals as the most engaging web activity. The predicted milestone has already occurred in Latin America.

According to comScore’s research, the average U.S. Internet user spends nearly six hours each month engaging with social networking sites, “about 50 percent more time than a person would spend watching their favorite weekly one-hour primetime drama on TV,” according to comScore’s Voices blog. 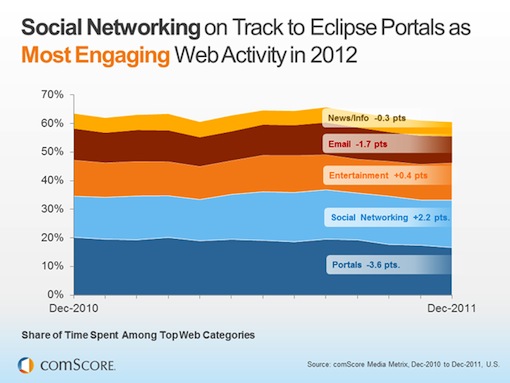 So how does comScore amass this statistical goldmine? The company maintains a global research panel with 2 million members that “have embraced our programs by giving us permission to measure their Internet activity,” according to comScore. The collected data not only yields fascinating insights about online consumer behavior, but also gives businesses valuable information that can influence not only goods and products, but a larger digital strategy, too.

Consider the recent research on online user engagement, which continues to emphasize the importance of companies creating and strengthening their social media identities. After all, there’s your motivation in black and white: people (translation: prospective customers) are spending more time online—and not just that, but they’re choosing to spend their time specifically on social networking sites. And that’s why it’s important that you maintain a visible, engaging presence so that you can continue to build loyalty with existing customers, as well as attract new faces to your business.

We’re interested to watch how comScore’s research evolves this year and in the years to come. We’re not surprised that social networks will become the most engaging web activity, but we’re eager to see how much a person’s time spent online increases in the future.

Do you use reports like the one from comScore to help make social media and digital marketing decisions for your business?

Image by wwarby via Creative Commons