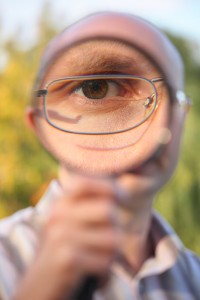 This is the story of relevant web content – and why it matters. What would you do if you woke up one morning and found your website MIA? Vanished over night. No trace of it anywhere in the search results.

Now, now, brown cow. It’s not impossible at all. Google owes you nothing. If it doesn’t want its searchers to see your webpages, it can make them disappear faster than Jay Leno can crush an entire bag of Cheetos with his chin.

Google doesn’t need your content. It already has tens of thousands of pages it can instantly serve up on any keyword phrase known to man. Like, for example, long-tailed bushtits. Google it! Do it!

So, the real question is …

What are you going to do to make your content so crucial that Google would never dare to dis it?

Your only prayer is to die in your sleep.

Let me try this again …

Your only prayer is to create content so compelling that real people can’t get enough of it.

Why Must Everything Be So Difficult?

Surprisingly, real people don’t really enjoy crappy content. So, search engines don’t really like it that much, either.

Google and Bing spend a lot of time and money trying to separate the quality from the crap.

A Series of Signs and Admonitions

It’s pretty clear to me where all of this is headed. The search engines are starting to pay serious attention to how real people interact with our content. Links can be bought, bartered, faked and baked. User behavior, not so much. Or, at least, not so easily.

Adam Singer, the new product marketing manager for Google Analytics, has proclaimed, “If it doesn’t move you emotionally, don’t write it.”

Bing spokesman Duane Forrester told another group of SMX attendees that Bing will give websites a chance to dance in the SERPs, but it will be watching them closely. If your webpages don’t perform well when it comes to user engagement, they will drop off like contestants on “Celebrity Apprentice.”

What does all of this mumbo jumbo mean?

So, What Should You Do?

This got me thinking …

What if Google tried to zap your pages from its results and it was bombarded with hate mail from your fans? What if hordes of everyday Internet users bounced to Bing just so they could find your content?

In that case, Google might have to backtrack. Issue a press release … or a blog post … or a special three-part Matt Cutts video extravaganza … explaining that it was all a big mistake and that its SERPs have been fixed and your pages returned to their rightful place on the Internet.

The geeks at the Googleplex know how their focaccia bread gets buttered. You can get anything you want from Google, if you simply show the multibillion-dollar global gorilla it can’t live without you.

Newspaper editors will tell you that one of the worst mistakes their employees can make is to forget to include the crossword puzzle or a popular comic strip in the morning paper. Nothing is more likely to ignite widespread outrage – and tons of angry calls – from loyal readers. The only thing that might come close is if somebody screws up the Ann Landers column.

The point here is that people are creatures of habit. If your content is good enough, you will find an eager audience.

After all these years, people still seem to find To Kill a Mockingbird, Catcher in the Rye and Judge Wapner reruns.

It is possible … to build an online audience so loyal that it would follow you all the way to Bing, if it absolutely had to.

Think Conan … or Coco … or whatever that crazy, soulless ginger is calling himself these days.

You’ve got to know your audience.

You’ve got to infuse every word you write with 100 percent pure love.

Or you’ve really got no shot. What say you?

Guest writer Leo Dirr is such an odd, little man that the mere sight of him has been known to make joyous dancing erupt in an otherwise dreary bingo parlor. Leo’s my long time friend (and regular stalker). We struck up a friendship years ago on The Twitter (natch) and discovered a shared love for pork tenderloin sandwiches, beer and, of course, ridicularity. Leo’s one of the few people since my Granny died who calls me Shelly Jo – and every time he does, it makes me laugh. You’ll soon see why I coerced him into guest blogging here. Leo writes about the business value of content with a head-slapping simplicity uncommon for the times. You can gain a deeper appreciation for his mysterious brain by stalking him on the eSilverBulletblog. You can also find him on The Twitter @mclinklove. Smooches!