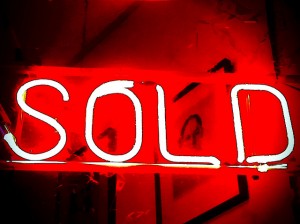 LinkedIn’s recent purchase of Rapportive gives the business social networking site even more connectivity. LinkedIn purchased the San Francisco-based Rapportive for a cool $15 million and we’re looking forward to seeing what transpires as a result.

Rapportive is a free plugin for Gmail users that works on both Firefox and Chrome browsers. What makes Rapportive so uber cool is that it replaces ads that appear in the sidebar with relevant information about that particular contact. It serves up a snapshot of your contact’s social profiles, including Twitter, Facebook, LinkedIn, Google+, Vimeo and YouTube accounts.

We’ve been using the Rapportive plug-in for months and we’re big fans. Here’s a sample of what the sidebar looks like and how it makes connecting on different platforms with your contacts infinitely easier.

Since Rapportive is all about giving you a deeper knowledge of your contacts, it makes sense that LinkedIn, a professional networking site based on connection networks, snagged the company as part of its ongoing efforts to enhance users’ contact lists. LinkedIn previously acquired CardMunch and Connected, both of which add additional layers of social connectivity to the site.

It’s not immediately clear how LinkedIn will use Rapportive, but we can likely expect even more context and instant connection opportunities with other LinkedIn users.

As Devon Glenn writes for Social Times, “For people who come home from a conference with a stack of business cards whose owners they can’t remember meeting, a more socially connected LinkedIn could help put things into context with a picture and a work history to go along with a name. The same is true of people who work together remotely and might like to see the face behind the email address.”

Plus, it only makes sense that LinkedIn is focused on encouraging people to add more connections to their networks. After all, the LinkedIn experience—like that of any social network—is built upon the people who use it and the connections they make with each other. By making it easy for users to see their contacts’ participation on various social networks, the Rapportive plugin functions like mini calls to action. And to our way of thinking, that’s rarely a bad thing.

And, for LinkedIn, Rapportive seems to be another acquisition that’s just good business. After all, technology that makes finding ways to make user connections richer and more relevant can only serve to help fuel LinkedIn’s already impressive growth, not to mention create an even more productive and enjoyable experience for the site’s users.

We look forward to seeing what LinkedIn does moving forward with acquisitions like Rapportive, and how they integrate that technology into the LinkedIn platform.

In the meantime, let us know if you have any predictions as to what the Rapportive acquisition might mean for LinkedIn—and, if you use it, what you think of the Rapportive plug-in.

Image by AKZOPhoto via Creative Commons