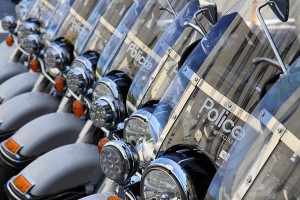 The Kansas City Police Department is leading the way when it comes to social media marketing, having established a presence on a number of sites including Facebook, Twitter, YouTube and, most recently, Pinterest. Since two of the primary benefits of social media marketing are communication and conversation, it only makes sense that police departments incorporate these channels into their corporate communication strategy. Police Chief Darryl Forté also blogs regularly at the Chief’s Blog, following in the footsteps of Interim Chief Cheryl Rose and Chief James Corwin, who also contributed to the police department’s official blog.

According to a case study published by the IACP Center for Social Media, the KCPD’s social media presence began in 2009 after “a local blogger wrote a post about the department that ended up being forwarded to the public affairs staff. KCPD wished they had a way to respond to the blogger’s comments in their own way, or had their own platform to speak to the Internet community.”

KCPD started with the Chief’s Blog, and later realized they needed a way to distribute instant news and alerts to the Kansas City community. The result? A KCPD Twitter account.

And even after creating a solid presence on both of those channels, the KCPD approached their social media strategy in a way we wish all businesses would. They’re constantly on the lookout for the networks and platforms their audience is using, and incorporating those channels into their communications strategy. A desire to establish a different sort of connection and engagement sparked the formation of the KCPD’s Facebook page in 2010. A YouTube channel followed, which includes regularly updated videos on crime prevention tips, police department news and dashcam videos, among others.

Last week, KCPD announced the formation of a Pinterest profile, which includes boards titled “Safety Tips/How To’s,” “Cool Police Equipment” and “Women Police Officers.” And the reasoning behind the decision should be an eye-opener for every business that’s too quick to dismiss a particular social channel because of the demographic or perceived irrelevance.

The KCPD Pinterest account was created “to inspire and build relationships with their community,” according to a KCPD press release. “KCPD hopes to use it to inspire citizens to prevent crime and partner with police. Pinterest will complement KCPD’s other social media, including the Chief’s Blog, Twitter, Facebook and YouTube. It also aims to reach out to other groups, such as more female users.”

Added Captain Steve Young, “This reaches a broad group that may not have been engaged in our other social media efforts.”

And that’s a key point about social networking, regardless of your business or industry. Be open to exploring a variety of sites and platforms and how they might help you reach a larger audience. After all, not all of your Facebook followers will be on Twitter, or vice versa. Sure, you might have some overlap in social channels, but the more diverse of a presence you create, the higher potential you have to reach more people and distribute your content and message to this larger audience.

It’s not only important to be open to exploring a number of social networking sites, but KCPD’s experience demonstrates something we can’t emphasize enough: content strategy is critical.

“Because each platform is best suited for particular functions, KCPD has tailored their social media strategy to maximize their message,” according to the IACP case study. “For example, Twitter is known for its short, quick messages or tweets. Because of this, KCPD uses this platform for alerts such as traffic issues, Amber Alerts, crime information or other news items. On Facebook, they take a lighter approach, using the platform to post positive stories, pictures and funny contests to engage the community. YouTube, a video-sharing platform, is used as just that, a place where all of KCPD’s are housed. Even the KCPD Chief’s blog has a specific function. There, the chief is able to voice his position on topics that are affecting the community.”

That’s exactly what a social media marketing strategy should be. Content isn’t one-size-fits-all. Instead, it’s imperative that you take time to study each channel, what portion of your audience is there and what sort of content you can deliver to not only maximize the service, but also best serve the site’s users. Brand storytelling is an important part of content marketing and of your larger digital marketing strategy, but creating a successful social media presence also depends on providing helpful, informative content that provides utility to your audience.

We applaud KCPD for the work they’re doing in the social space, and we’re eager to see how their digital presence continues to evolve.

What are your thoughts on the KCPD’s social networking strategy? Were you surprised to see a police department on Pinterest?