Deleting a contact on LinkedIn is sometimes a necessity, but I’ll admit, I’ve never deleted anyone. But it makes sense that from time to time you might need to ditch a connection. Could be a colleague, a former colleague, an ex, a competitor – you name it.

This is an issue I’ve not devoted a lot of time to and when my friend Ann Marie van den Hurk of Mind The Gap PR asked me how to do it, I immediately replied “I don’t think you can, but I don’t know for sure.” She dug in further and let me know that there is a way to do it, so I thought we should share that here – in case that’s something you need now or in the future.

Removing LinkedIn connections isn’t hard and finding out how to do it is relatively easy – it just wasn’t on my radar screen. Until now. So, without further ado, here’s how you do it: 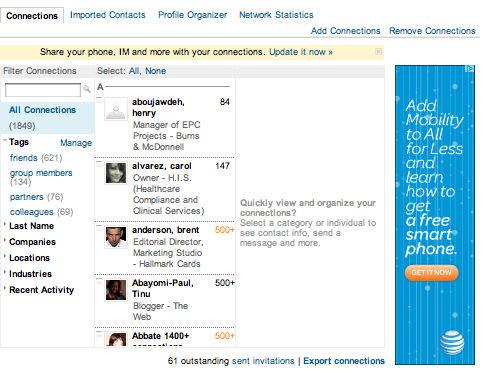 With me so far? Okay, now that you’re there, you’ll see a screen that looks like this … 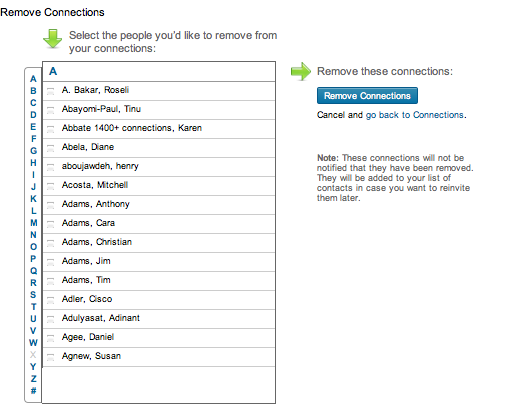 It’s important to note that the person you’re deleting from your LinkedIn contacts won’t ever know that they’ve been given the boot. There’s no notification sent or any other thing to let them know you’ve had enough. That’s good.

Since we’re on this topic, maybe it makes sense to think about how often we collectively review and/or clean out our social media accounts. I know that I weed out my Twitter account on a monthly basis, and try and do a good job of policing my Facebook connections as well. But up until now, I’ve not given a bit of thought to what my LinkedIn connections look like. However, I do find that the more popular LinkedIn becomes, the more spammy messages are received.

This topic will serve as a reminder to me to occasionally pop over to LinkedIn, spend some time browsing through my connections, and maybe even punting a few of them from time to time.

What about you? Have you ever wanted to remove a LinkedIn connection but didn’t know how? If so, hopefully this overview will help. And thanks to Ann Marie for asking about it to begin with. And if we’re not yet connected on LinkedIn, pop on over and remedy that.