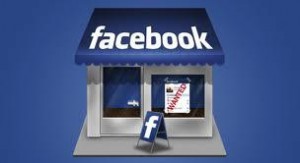 Although Facebook commerce (F-commerce) is in its early stages, it’s the next step in the eCommerce evolution—and especially in light of the introduction of Facebook’s Timeline for Pages, it’s a concept to which brands and businesses need to be paying attention.

Recent accounts that detail the closing of high-profile F-commerce stores from brands like Gap and Gamestop have given F-commerce detractors some ammo, yet there’s a flip side, too—a number of interesting (and effective) F-commerce campaigns. And since just about everyone on the planet wants to know how to make Facebook work more effectively for their brands, especially in the B2C space, we reached out to the folks at StoreYa and asked them to share a few F-commerce success stories.

The StoreYa team is pretty passionate about the potential that exists for F-commerce and that, as a result, Facebook shops have a great opportunity to create new revenue channels for their businesses. Yet one big question remains: What’s going to happen in the near future with the new Timeline for Pages?

We asked the folks at StoreYa how Facebook’s Timeline for Pages impacts Facebook Commerce. Their response was that they love a lot of the Timeline features and see them as a boost for Facebook commerce. They like the fact that, with the overall Timeline concept, brands can now tell their stories, which means they can engage and connect with their fans in a narrative way with more visuals. We’ve written about Timeline before and agree with the folks at StoreYa – there’s not much to dislike about that.

Pinned posts. Pinning a post provides the page owners a great way to promote and interact with their fans, highlight their Facebook store, or draw attention to limited time special deals or specific best sellers.

Direct messages.Fans can now send direct messages to page owners, and interact with them on a more personal level; this is a wonderful feature, especially from an Facebook commerce standpoint, and offers increased opportunities for customer service. As always – with Facebook and with any social channel – it’s critical that you ensure your brand team is prepared to respond to messages in a timely manner, else you’ll lose the benefits of this individual interaction.

Canvas area. The canvas display area is bigger now: 810px, which is especially exciting in the F-commerce arena. This feature is really helpful when it comes to displaying products and makes the shopping experience much better. The user can now focus on the store’s products and not be confused by different ads. Additionally, the products themselves have a bigger display area, meaning you can maximize this prime visual real estate.

Store tab. The thumbnail for the store tab is now bigger, which means it’s more visible. It’s also cool that you can add a call for action such as “Shop Now.” The page owners can also select the thumbnail they wish to add to fit their brand, which allows for a bit more customization.

Despite the positive changes, the StoreYa team mentioned they’re still waiting on new changes from Facebook. For example, in the F-commerce industry, they’d very much like to see the usage of Facebook credits. Currently, it’s only possible to pay with FB credits in the games industry, and Facebook takes a 30 percent commission – a commission that isn’t suitable for physical products due to their lower profit margin. Once Facebook updates its rates and users can start paying using FB credits, it’s believed F-commerce stores will see an increase in sales.

In spite of the naysayers, there are some success stories and some interesting things happening with Facebook commerce. If your brand has a product to sell and you haven’t already explored F-commerce, now’s the time to perhaps consider experimenting. After all, if your brand is already on Facebook, especially if you’ve managed to build a robust friend base, why not leverage your existing Facebook strategy by increasing your potential for revenue?

Is F-commerce on your brand’s radar screen? Do you know of other Facebook commerce success stories? If so – on either front – we’d love to hear from you.

And many thanks to the team at StoreYa for sharing their thoughts and expertise relative to Facebook commerce – they’ve been awesome.