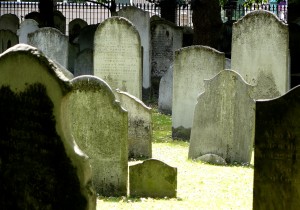 We periodically hear folks announcing the Death of Photography as we know it. This type of talk has been going on for many years, but the cited reasons are always the same. The only thing that changes is the culprit! And in the latest iteration of the discussion, the cause of death is mobile photography. Increasingly, people are using their phones as their primary cameras, as evidenced in part by Flickr’s most used cameras list. And “photographers” out there just don’t like it.

With any new technology, there is bound to be resistance to its adoption. People like what they like, and they’re generally not happy when what they’re familiar with becomes obsolete and changes must be made.  Remember when digital photography began taking off with falling prices of equipment? We heard similar announcements of the Death of Photography then (Film will always be superior! Digital images are soulless!).

Despite all that, we all know what happened in the last several years: for most, digital photography has become the dominant—the only—form of photography. And now, the paradigm is shifting once again as more and more phones are released sporting cameras that rival many compact cameras in image quality. And again, a new crop of soothsayers are lamenting the Death of Photography.

The reasons for the complaints, however, are slightly different this time. The camera phone is not the issue; instead it’s what people do with the photos on their phones. A common complaint: “Anyone can take a terrible image these days, apply some filter effects, and call it photography.” The issue seems to be the use of the myriad photo-related apps available. But really, what’s wrong with that? Why is it bad that technology is now enabling the masses, the average person, to produce great, cool-looking images?

There are many photo sharing and filter effect apps out there for the smartphone. One such app is Streamzoo, and using this app, anyone with an iPhone or Android phone can capture, edit and share a photo or video with the world. And win points and badges for doing so!

Take a look at the following photo (see it on Streamzoo): 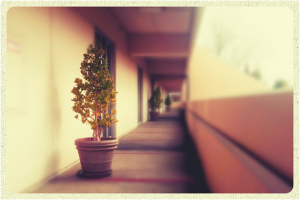 I took this photo with my iPhone. Then by using the newly released version of Streamzoo (version 2.2), I cropped the image; applied a filter (Xprocess); put a border around it (Canvas); gave it some tilt shift; increased the saturation; adjusted its hue; and boosted the contrast. I even flipped the image horizontally, out on a walk while visiting my parents over the holidays—all within an app on my phone. What camera out there allows me this much control in such a compact package? And any other Streamzoo user can do the same (or better), using the tools available to take a picture, edit it to his (or her) liking, and share with the rest of the world.

Compare this to the older—but still relevant—model of photography. Say you want to share a photo you took with your camera on your Facebook account. You would have to import the photo into a computer, convert it (if RAW) and edit it with an expensive piece of software. Only then can you share the photo with others, a long while after the photo was taken. And film photography is even harder to share.

In the mobile world? You take a photo, edit it right then and there on the phone, and then share it immediately with your friends and family. So much easier, so much faster. In many ways, better.

Photography is not dead. In fact, it’s alive and well, enjoying a great renaissance.  Thanks to Streamzoo and a number of other photo-related apps out there, it’s so much easier now than ever to express one’s own unique vision of what’s happening nearby, as it happens. Of course the image quality might not be that of a professional quality DSLR. But how many people own or have access to those cameras? And with them at all times?

Mobile photography is what best suits most people, the rest of us. It even puts the power back into the hands of the average person, allowing anyone and everyone to produce awesome images using readily available equipment that they carry with them all the time: their phones. And we all know the saying: “The best camera is the one you have with you.”

What are your thoughts on the future of photography? Are mobile photos ruining it? Or has it reawakened a love for photography in you as it has for me? Let us know in the comments. But before you judge, check out Streamzoo, and see what it can do with your photos.  You’ll be surprised at the possibilities of mobile photography.

Simon Kim is a product manager for Streamzoo, available on iOS and Android. His username in Streamzoo is @narx.