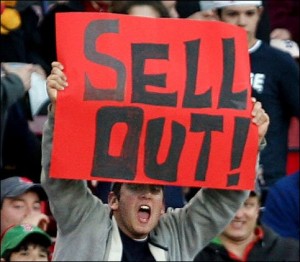 We had such high hopes when Kred first announced its influence measurement model. Of course, no one tool can truly measure the influence or reach of a person (or brand), but Kred’s claim as “the first totally transparent social scoring system to evaluate influence among communities and reward generosity” was definitely appealing.

To quote the Righteous Brothers, I’ve “lost that lovin’ feelin’” thanks to Kred’s recent “Double the Love” Valentine’s Day promotion. The promo promises that through Feb. 29, anyone who tweets +K’s from Klout will earn 2+Kred awards. Seriously?

Here’s more on the promotion from the Kred blog:

And therein lies my huge problem with this promotion: the fact that Kred has aligned itself with Klout which, after an initial wave of support, has become mired in questions regarding its validity, privacy issues and other concerns. The jury is still very much out on Klout and its credibility, and the list of knowledgeable, influential people in the digital space who either totally disregard Klout or who have deleted their accounts grows by the day. The only reason I’ve not yet deleted my account is because I’m hanging in there, waiting to see where Klout goes and whether they can (or will) do anything to fix the many things that are wrong with their platform.

As you might imagine, I was excited for the debut of Kred for many reasons, but mostly because it offered a seemingly legitimate alternative to Klout.

As a result of this promotion, Kred has lost any of that initial legitimacy—at least in my eyes and in the eyes of many peers. And as a marketer, I’m confused as to how this promotion helps Kred. After all, if you’re still trying to brand and promote a newer service, why would you want to directly tie yourself to a competitor? And with Klout’s recent troubles, it seems unwise on Kred’s behalf to align itself with a struggling, unproven, constantly under-fire platform.

It seems to us that a Kred-only promotion would have been a much smarter move, and they still could have offered a compelling promotion and awarded bonus points for interacting with the site and boosting other users’ Kred.

Yet even as I type that, I’m second-guessing the need for any promotion at all. After all, isn’t the ability to play the system one of the many reasons that these influence measurement tools are so inaccurate? Examine Kred’s two biggest claims, and it’s hard to see how this Klout promotion fits into the tool’s original vision. Kred measures influence, an individual’s ability to inspire action; and outreach, an individual’s generosity and action with others. If you’re incentivizing the outreach experience, how genuine can it be?

The problem with online measurement tools like Kred and Klout is that they’re a catch 22. We’re not fans of Klout and are rapidly losing interest in Kred, yet clients often require some kind of influence measurement (and rightfully so), which makes these tools a necessary evil. If you’re trying to measure and provide data on influence to clients, it’s important to remember there are alternatives. Tools like PeerIndex and Twitalyzer, as well as Edelman’s TweetLevel, aren’t perfect, but all will help provide a range of information and analytics that can help you determine where you, or your clients, are with regard to influence. We believe that using a variety of different tools and then comparing and contrasting results is the closest anyone can get today to any form of true influence measurement. So if you’re analyzing influence, keep that in mind.

It’s still disappointing, however, when something that showed so much initial promise ends up being a sellout. We expected more from Kred, and hopefully the “Double the Love” promotion is the first—and last—of the smarmy, Klout-connected promotions.

What’s your take on the Kred/Klout promotion? Do you have a different view of Kred now that it’s (temporarily) tied its point system with Klout? Or do you think it’s no big deal?