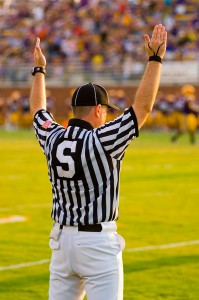 With the recent designation of the University of Missouri-Kansas City (UMKC) Bloch School as No. 1 in the world in innovation management research, this is yet another step in city leaders’ focus on economic development, job creation and spurring innovation and tech development.

The “Will It Be You?” PSA highlights entrepreneurs’ contributions to the economy, job creation and innovation, an especially poignant message given the economic challenges of recent years. It’s also a timely message, given the selection by Google of Kansas City for its much sought-after Google Fiber Initiative.

The road to the designation as America’s most entrepreneurial city was the result a collaboration between the Kauffman Foundation and the Greater Kansas City Chamber of Commerce, among other organizations, as part of the Chamber’s 5 Big Ideas Initiative.

If you’ve seen the Kauffman Foundation’s “City of Entrepreneurs” sketchbook video, you’ll recognize the style in which the upcoming PSA was created. During the spot, aspiring entrepreneurs will be directed to visit Will It Be You, a Kauffman-created website that provides a number of resources to help entrepreneurs get their businesses off the ground. The PSA is scheduled to run in several major markets, including Kansas City, New York City, Washington, D.C. and San Francisco. You can get a sneak preview below.

As both an entrepreneur and a long time Kansas City resident, this is pretty exciting. Starting and running a business may be one of the hardest things you will ever do, but it’s also one of the most rewarding. And Kansas City wouldn’t be where we are today without our entrepreneurs, including Kauffman himself, founder of Marion Labs; Henry W. Bloch and Richard Bloch, founders of H&R Block; Joyce C. Hall, founder of Hallmark; Cleyson Brown, founder of Brown Telephone, which would eventually become Sprint; Neal Patterson, Cliff Illig and Paul Gorup, founders of Cerner, and Gary Burrell and Min Kao, founders of Garmin, to name just a few.

So as you’re watching the Super Bowl (or, if you’re like me and are more interested in the commercials), keep your eyes peeled for the Kauffman Foundation PSA. And if you’re an aspiring entrepreneur, consider this an official kick in the rear to start pursuing your dreams. That sort of victory will be a lot more meaningful than a football score. Oh, and if you’re really smart, you’ll come to Kansas City to do it.