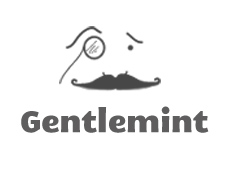 The invitation-only site encourages users to post photos, videos and other content. Not surprisingly, the content is male-oriented; a recent look at the Gentlemint home page reveals photos of sports, character tees, quotes and an infographic entitled “How Would You Like Your Graphic Design?”

“Nothing against Pinterest, but it’s definitely not a site built for men,” Glen said in an interview with the Daily Dot. “We wanted to build something that was almost the opposite, focusing on fun stuff that gents would like.”

Fueled by passion and the beginnings of what they were sure was a good idea, after a mere 12 hours of work, Gentlemint was born—and has been adding a heaping helping of rugged manliness to the Internet ever since.

As Pinterest’s popularity continues to explode, it’s no surprise that Gentlemint is quickly catching on, too. Judging by the traffic on both sites, there’s an inherent appeal in these digital mood board/scrapbook hybrids—and brands are jumping on the bandwagon, too. 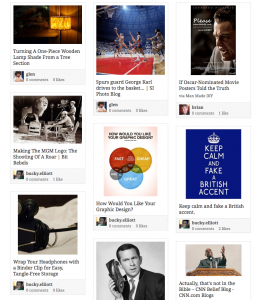 Since Gentlemint is in its early days, the site boasts far more personal users than businesses. But we suspect it won’t be long until brands incorporate Gentlemint as part of their digital marketing strategy as a way to forge a connection with a larger audience and leverage a new method of content marketing. Sites like Pinterest and Gentlemint demonstrate that many of us have an urge to collect and share, and what better way to showcase the lighter side of your business than by joining in? Plus, Pinterest has also proven itself as an unstoppable referral engine, and we suspect it won’t be long until Gentlemint becomes a significant driver of online traffic, too.

Ready to join the fun? Simply head over to the homepage and enter your email address to sign up. Ladies, don’t be shy—Gentlemint won’t bar you from entry. There are a whole lotta women out there who aren’t all pink and girly, and this site just might contain some pretty cool info. We know we’re having some fun over there – that’s for sure.

And if you’re already using Gentlemint, we’d love to hear what you think. Grab a beer, a glass of Scotch, a couple of cigars and we’ll meet you in the comments for a virtual discussion.