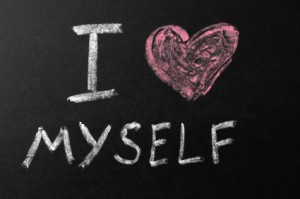 As we move into a new year, I find myself saying a little prayer as it relates to social media best practices. Or, upon reflection, perhaps the best way to phrase that is ‘Social MEEEEEEEdia.’ My prayer is a simple one: Please let 2012 be the year.

The year folks finally wise up. 2011 was a doozy. So much bad social media behavior, it was lamentable. Much like “Girls Gone Wild” digital edition, only without the fun Mardi Gras music.

You know what I mean — those ubiquitous pleas for votes. In an ironic personal twist, in exchange for my vote, I was recently promised +K in my area of influence OR mention in an upcoming #FF on Twitter. Really? Worst of all, the award the sender was being nominated for… Best Digital Ad Agency!

An awesome Twitter Chat was wrapping up when this 140-character lead balloon floated into my stream: “We got 12 new followers from the Tweet Chat! Here’s a link to our e-book…” Just can’t get over yourselves, can you? I snarked back: “Hope you discovered some great folks to follow, too.”

The appeals are everywhere:

Our page is up!

Directions, directions, everywhere, but not a reason to link. As Gary Vaynerchuk once noted, saying you’re on Facebook is like saying “We have a phone.” Tell me WHY to like you. And then have a strategy in place so I won’t start hating you…or forgetting you.

When people weren’t trolling for votes or likes or follows, they seemed to spend the better part of 2011 generating other FRAM (yes, sadly, we had to invent a word for when we FRAM our friends). And if you don’t know what FRAM is, the Urban Dictionary defines it nicely as: ‘the cutesy dopey, sappy, rarely really funny, interesting or “awesome” email forwarded to you by someone you know.’

Who among us has spammed LinkedIn groups with thinly veiled sales pitches? Hit REPLY ALL to school potluck emails (“we’ll bring the napkins!”)? Invited our entire email list to a party in our own small town? Attempted to hijack blog comment readers with a link back to our own blog?

Know what we need? A digital-age version of “Sneetches,” showing folks how ridiculous they look strutting around in +K sweatshirts, elbowing past anyone not fanning their Twitter feathers or hawking a QR code. Who to play the part of Sylvester McMonkey McBean? I can think of so many social media gurus to invite to that casting call…I’ll bet you can, too.

But since the invention of a “star-off machine” is unlikely to happen anytime soon, I say we take matters into our own hands.

Are you with me? What other poster children for bad behavior have you witnessed in 2011? How else can we make 2012 better? 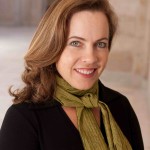 An expert at marketing to women, Kat Gordon is Creative Director at Maternal Instinct and founder of The 3% Conference, a conference for female creative directors and brands and agencies who want to do a better job of marketing to women. You can, and should find her on Twitter @katgordon and her agency at Facebook.com/MaternalInstinct.