There’s a new influence measurement tool in town and it’s called Kred. Effective social media marketing relies on understanding and measuring a variety of factors, and influence is oft considered the latest holy grail. Hard to define. Hard to measure. Hard to evaluate. 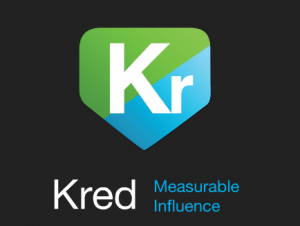 When it comes to influence, unless you live under a rock, you’ve no doubt noticed the debate raging across the social media sphere about Klout. Is Klout the epitome of evil or just a reality of the Internet — data collection and the trading of privacy for entrée to the cool kids’ club?

Regardless of where you fall on the Klout discussion, there’s no denying that influence measurement matters. Influence measurement is an integral part of any kind of social media marketing, it’s a component of customer service (or should be), it’s a part of every digital campaign and clearly something that marketers are very focused on. And rightly so.

While the by now almost yawn-worthy debate about Klout goes on, yet another platform has come along and it’s called Kred.  The brainchild of San Francisco-based PeopleBrowsr, Kred bills itself as  “the first totally transparent social scoring system to evaluate influence among communities and reward generosity.”

These days, based on all the hoopla, “totally transparent” seems more than a little attractive. We know all too well, though, that those words are much easier to say than they are to deliver.

Before we dive into Kred’s features – and why you might want to sign up for a beta invite – let’s talk a little about online influence and why it matters.

What’s so important about Influence, anyway?

With the advent of social media, measuring influence is an important metric for marketers. Influence measurement helps brands and marketers determine brand ambassadors with whom they might want to work, it helps them identify bloggers for outreach campaigns and it’s one of the many factors that helps determine campaign efficacy and ROI.

There’s much hype (and complaining) about online measurement tools. Klout  managed to establish itself as the market leader in influence measurement in a very short period of time, but they continue to be questioned (and rightfully so), based on the validity of their metrics, assorted privacy issues and a myriad of other things. This post is not about Klout, but if you’re interested in delving deeper into what has become an interesting discussion and/or want to know why you for sure shouldn’t put all your eggs in the Klout basket, check out these posts:

The RealTime Report’s Tonia Ries, Has Klout Gone Too Far;

My friend, Danny Brown’s Is Klout Using Our Family to Violate Our Privacy;

The Inimitable Ike Pigott’s, Clout is in the Eye of the Beholder;

(and perhaps my favorite), Richard Becker’s The Rise and Fall of Klout.

But Klout has never been the only game in town – they are just the one that got all the attention.

There are other influence measurement tools out there, and some that we like a lot – and use regularly. Those include Twitalyzer, PeerIndex, Tweet-Level and BrandTweet (formerly TwitterFriends). When we’re attempting to track and measure and even define the elusive thing that is “influence” for our clients, we are advocates of using a combination of different tools and comparing results — and the resultant analysis can give you exponentially more information, more reliably than what can be garnered by relying on just one tool.

How We Use Influence

Influence is important. If we’re working on a campaign for a brand that involves working with mom bloggers, for instance, the sphere of influence (and the credibility) of the bloggers with whom we might work matters to us. Picking the right bloggers (or brand ambassadors) with whom to work can be the difference between success of a campaign – and the opposite of success.  We know that follower numbers do not influence make, nor do conversations with “influencers” mean someone is likewise “influential.”

For our purposes, we define influential bloggers or brand ambassadors as people who are very knowledgeable about a niche or category, who have a core group of highly engaged followers or friends, and who routinely compel action. And by the way, this does not necessarily mean they have extremely high follower/friend counts. In fact, sometimes just the opposite is true.

In a different vein, but also important as it pertains to influence, we work with a variety of clients, large and small, and assist with community development and management. Part of how we can show value to our clients is to help them track their relative influence and brand reputation in the market sectors they serve using, as mentioned earlier, a variety of different measurement tools. We then compare those results to the influence, reputation and reach of their competitors and have a pretty good picture of what we’re collectively doing well – and what we might need to work on in the future.

Those are just a couple of examples of why influence matters – and how we might use it, but there are so many more. If you’re focused on influence as a part of what you’re doing – for your clients or for your brand, we think you might want to check out Kred.

What’s So Great About Kred?

It’s no surprise that we’re a little obsessed with metrics around here. When we discovered Kred, which claims to measure two pretty important metrics:  influence and outreach, we knew we had to know more.

According to Kred, influence is about an individual’s ability to inspire action. On Twitter, this happens through RTs, replies and new followers. Outreach revolves around an individual’s generosity and interaction with others.

A Kred score is calculated based on reach and influence and might look something like this: 675/5. The first number is influence (based on 1,000) and the bottom number indicates the level of reach.

According to PeopleBrowsr, “Kred scores are driven by relevance and emphasize the importance of small close networks of like-minded people.”  Kred breaks individuals’ scores into communities formed around their respective interests and individuals can be scored based on their level of engagement and respect within that community. Funny thing, that sounds a little like that thing we call ‘real life’ doesn’t it?

Translated: follower numbers are relatively meaningless in the big scheme of things. Engagement and interaction within specific communities and interest groups helps determine how “influential” someone is and what their potential reach might be.

We know this all too well as the result of our regular work with brands and agencies on campaigns that involve blogger outreach. It’s not at all unusual that bloggers with less monthly blog traffic but who have highly engaged communities are often infinitely more successful as a part a marketing campaign than bloggers with large communities and less engagement. Highly passionate brand ambassadors working within small networks – whether on Facebook, Twitter or their blogs can be amazingly powerful. And for us, this was where Klout lost any credibility it might have had. In our estimation, Klout scores were based too much on follower bases and easily gamified, ergo, they didn’t accurately reflect any kind of true measurement of credibility.

Kred claims to be different. As well as offering overall network scores, Kred offers user scores for each of the communities formed around their interests and affinities. They say: “Engaged and respected community members will have a higher score within their community than a disinterested person regardless of their total number of followers.”

Not only do Kred’s analytics provide users with dual influence metrics, it also provides tips on how to improve influence and outreach (Twitalyzer does this as well, which is one of the things we’ve always liked about it). For example, Kred will identify fresh pieces of content that fall within a user’s specific areas of interest and that haven’t yet been promoted by friends. That means users can get a lead on what sort of information to publish that will help them emerge and/or remain as an information leader among their peers. Pretty cool, right?

We’ve been playing around with the site and it’s too soon to tell. Some of the data it pulls seems very outdated and there are some obvious holes – but overall, it looks interesting. And well worth your time checking out.

Kred bills itself as “The first totally transparent social scoring system to evaluate influence among communities and reward generosity.” And as Ike mentioned in his post, sooner or later, someone’s going to get it right. Maybe it will be Kred. And you’re not going to know unless you give it a shot. I know we are certainly checking it out. Here’s a presentation that gives you the official Kred sales pitch:

Kred – Measurable influence. We all have Influence Somewhere
View more presentations from PeopleBrowsr

Kred is now open to the public. Hopefully we’ve managed to pique your interest enough that you want to check it out – so get on over to Kred’s site and get going. And let us know what you think.