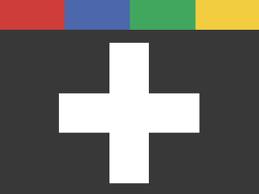 After a bit of a quiet period, Google+ is back in the headlines with a host of announcements that were unveiled late last week.

With some 40 million Google+ users, some 1 billion pieces of content shared and a wealth of webinars and Google+ experts available for the bargain price of $47 (or less), if Google+ isn’t on your radar screen, these new changes might just be the thing that tempts you to take a closer look.

I’ll admit, I’ve not spent as much time on Google+ as I would like. That’s entirely due to the fact that Google+ didn’t support use by Google Apps users. It was a tremendous pain to log out of my Apps account and have to log into my Gmail account in order to use G+. Talk about annoying. And the logic of not making G+ accessible to the folks who actually PAY to use your service, well, Google, don’t get me started on that one.

That’s all about to change. Google just added some new features for Google+, the most important of which (at least to us) is the integration with Google’s Apps for business. Hallelujah.

That announcement prompted a cheer from the V3 offices that was likely heard ‘round the world. If you, like us, are Google Apps users, you’ll be happy to know that you can finally log into Google+ using your apps login information. You’re cheering too, aren’t you?

Even more important to business users, you can get Hangout with Extras for your Apps account, which lets you screen share, use SketchPads, share and edit Google Docs with collaborators in real time. To our way of thinking, Google+ is really a platform that’s all about business (and users like us) in a way that’s much different than Facebook and its functionality. And that’s why we’re psyched about the integration with Google Apps, because it means we’ll use Google Plus more, and also its applicability in the not-too-distant future for business profiles.

In the next few weeks, Google will be releasing a migration tool that will allow Google+ users to move their personal accounts to their apps accounts. We’ll keep an eye out for it and keep you posted.

If you’re a content marketer, you’ll want to know about Ripple. Ripple allows users to see how content is shared. After we played around with Ripple, we were blown away by its functionality—and what it might mean for those interested in inbound marketing data. We love this more than words can say, and it might be one of the single coolest things about G+ – at least for our team and for our clients – moving forward.

To see Ripple in action, go to your Google+ stream and find a post. Click the drop-down arrow in the top right corner, and then scroll down to the “View Ripples” option. You’ll then be presented with an easy-to-read infographic that visually demonstrates how the content was shared between various Google+ users and their circles. Speaking of circles, the larger the circles that appear on the Ripple graphic, the more shares that have been collected.

Scroll down past the infographic, and you’ll see a veritable gold mine of analytical data. You can see a graph that charts the spread of the post. You can also see the post’s top influencers, as well as sharing statistics and languages. As mentioned earlier, Ripple presents a wealth of inbound marketing data that makes data freaks like us nerd out even more than usual, all with the click of a mouse. Want to see that schizz in action? Watch here:

And if you want more on Ripple, SearchEngineLand wrote a great piece about finding local users, then using Ripple to help you dial down into the content they’re sharing that you might want to check out. This kind of stuff filles me with more delight than words can say. Data drives just about everything we do – for ourselves and for our clients. And these kinds of tools make it easier for us to be effective. And to do things that work (enter stage left, executing flawless backflip).

Another feature unveiled by Google is trending posts, which is available in the “What’s Hot” section. A Google algorithm is used to determine which stories are the most popular, giving you a condensed list of the hottest topics on Google+. Consider it a readymade vault of valuable content, just waiting to be consumed – or curated and shared – to those in your circles.

Lastly, if you love Google+ for its photo capabilities, you’ll really like the new Creative Kit, an editing package available in Google+. Creative Kit has been compared to Instagram in that it provides a number of photo-editing filters. To access Creative Kit, simply select a photo, click “Edit” and choose the Creative Kit option. Voila—instant photo effects. And for a limited time, you can add Halloween flair to your favorite photos.