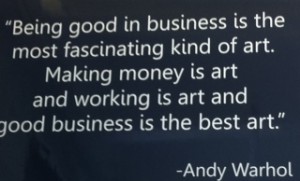 Learning how to negotiate and maximize daily deals like Groupon or others can help restaurants avoid the horror stories that you don’t have to look far to find. And, whether it’s Groupon, Google Daily Deals, Living Social or one of the countless other local daily deal sites, a poorly thought out strategy and lack of attention on negotiating a good deal can lead to disaster.

Thing is, it doesn’t have to be disastrous. However, there are some pitfalls that restaurants considering daily deals as part of their integrated marketing efforts need to consider.

I’ll use my own experience, just this Friday night, as an example.

We have a neighborhood Mexican restaurant that’s a few blocks from our house and we’ve been frequent customers for the past five years. It’s super kid friendly, the staff treats us like family, we’ve watched one another’s kids grow up and the food is reliably good and affordable. It’s not unusual for us to eat there once a week, and our average ticket is about $50 (unless it’s been an especially long week and more margaritas are needed), which means that over the course of a year, we’re worth in the rough neighborhood of $2,400 to that restaurant.

This last week the restaurant offered a deal in two separate daily deal offerings for something simple – $7 for $15 worth of food and $10 for $25 worth of food – or something like that. Not much different, in terms of value, than what they’ve routinely offered in the ValPak mailers targeting our neighborhood. But something new, for this restaurant.

We went there this past Friday night. Of course, I forgot the deal coupon, which I had purchased, on the kitchen table. However, that’s another story.

We arrived at Kid Crazy Thirty, or in our world anyway, about 6:15. We were in need of a margarita and the kids were sorely in need of some food. The place was bustling, but we were seated right away. The Kid Crazy gods were smiling on us.

It was clear that the crowd in the restaurant, which continued to multiply as we ordered and waited for our food, was in response to the deal offering. We watched the staff go from busy to overwhelmed as they tried to handle the continually building volume of customers. To make a long story short, we waited to order, we waited an interminably long time for our food, our food arrived missing something we’d ordered, then, once finished, we waited again for our check.

We were cranky. And we watched tables around us, filled with customers, do the same. It was not a great dining experience and we resolved to not return until the deal craziness had run its course.

Restauranteurs – are you already sweating? Don’t despair, it doesn’t have to be that way.

Tips for Success For Restaurants In Executing Daily Deals

This beloved neighborhood restaurant is gambling in search of some new customers. That’s okay, businesses do it all the time. And daily deals aren’t going away any time soon – they are customer driven and we all love a good deal. However, here are the things restaurants need to consider as you decide whether or not to venture down the daily deal offering path:

Staffing. Attracting new customers yet not understanding how to properly staff for the influx. If your staff is overwhelmed, they are unhappy. And it usually shows. Staff appropriately when you run a deal. Getting more customers in and out should be your goal, and providing the best service you’ve ever provided is equally as important. This is your time to shine.

Service is Key. Poor service, means unhappy customers. Even the customers who are regulars, who love you, get annoyed when service is bad. New customers aren’t as forgiving – they might never come back. Even more, they might tell everyone they know about their first (and only) experience at your restaurant. See the paragraph above – you only have one chance to make a good impression.

Bad Tips. Customers are often not very smart about tipping. And they’re also cheap. Daily deal customers are often even cheaper – after all, many times they only came in because of a deal. Customers often don’t know how to appropriately tip a server, so the server gets the raw end of a daily deal. The right way to tip: figure out the price of the meal before a discount is applied, and tip on that amount. The common way to tip: apply a discount, then tip. Servers work for tips, when customers apply a discount before tipping them, they work just as hard and make less. It makes them cranky.

If you, Mr. Restaurant Owner, are going to participate in a daily deal, figure out how to compensate your staff for putting up with the craziness; don’t expect them to settle for less tips and like it. That’s unfair and unrealistic.

Regulars Flee. Deals scare regulars off. I know that when we looked at the expiration date of our unused (forgotten) deal coupon (that would have saved us a whipping $8), and realized it was six months in the future, we immediately resolved to avoid the restaurant until the deal expired. That is potentially $1,000 or more of lost income, from our family alone, that the restaurant is gambling with. Figure out some way to keep your regulars, even if it’s with a margarita that’s on the house or some other gesture that lets them know you value them and their patronage as you work to build your business. Little gestures often have big payoffs.

Crowds Can Alienate Newbies, Too.  A crowded restaurant might also might preclude new customers from coming back. If their first experience to your restaurant isn’t perfect in every way, there’s a real chance they’ll never come back. Consider the things that attract you to a restaurant for a minute. One of the things we loved about our neighborhood joint is that it was never packed, it was always just nicely crowded. We rarely had to wait for a table and we got in and out quickly. That’s the kind of thing that makes us come back, again and again. If a new customer is like my family, a really crowded restaurant on their first visit might preclude them from coming back ever again. This goes back to the first paragraph above – provide stellar service and have enough staff on hand to get people in and out. Otherwise, they won’t be back.

Make Sure The Food Doesn’t Stink. Sounds so simple, but it’s often overlooked. If you’re thinking you might have great response to your deal offer and be crazy crowded, staff the kitchen as well as you do the front of the house. If the food doesn’t deliver, you’re toast. And with sites like Yelp and other review sites becoming increasingly popular, that’s not a risk you should take lightly.

Make Sure There’s Money In It. Restaurants operate on slim margins. There’s no shortage of horror stories about restaurants that offered a daily deal and ultimately went under. As easy as it is to blame Groupon or some other daily deal purveyor for this, if you make a bad business decision, you’ve got no one to blame but yourself.

Do your homework. Do the math. Figure out what kind of a deal offering makes the best sense for you and your business.

Negotiate your deal. Make sure that you go with a deal provider that pays you quickly instead of making you wait for redemption. Smaller redemption periods are a call to action and, in almost every instance, are better than extended ones (that means that giving customers 30 days to come in is often infinitely better than six months). Include credit card processing fees in your vendor negotiations – that alone might make a huge difference.

KASA Capital’s Arash Pirzad-Allaei, head of internet technology for KASA’s network of websites which includes daily deals site Crowd Cut, wrote a terrific post called Stop the Hate: Daily Deals Aren’t All Bad And Here’s Why. If you’re a restauranteur – or any other small business owner considering a daily deal offering – do yourself a favor and read it.

With so much to risk, do daily deals for restaurants really make sense? Sure they do, if you make the right offer, at the right price, and prepare, both internally and externally for great execution. It’s just like Andy Warhol said, “good business is the best art” — the right deal is part of good business. What do you think?

If you have a success story of a restaurant that experienced a successful daily deals promotion, we would love to hear about it – and learn from it!