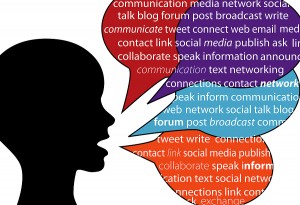 It’s a fact: there are rarely enough hours in the day to get the work you need to do done. And adding social media into your marketing mix only makes it more complicated.

Know you want to use social channels (Twitter in particular) and participate in social media, but also know that you can’t possibly be there all of the time? We know that feeling all too well – and struggle ourselves finding enough time in the day to get it all done.

If you’re looking for a way to participate in the most efficient way possible, sometimes using some tools to optimize your social media effectiveness isn’t such a bad idea.

Let’s talk about some tools you can use if you’re using Twitter, that might help you optimize your time by scheduling some tweets. For the record, we’re big believers in being there in the social space, on a regular basis, participating in real time and engaging in conversations. But there’s also some benefit to adding some scheduled tweets to your content marketing strategy – because after all, that’s what this is – content marketing. And there is a happy medium, no matter what anyone might say. You really can be present a great deal and participate in real time, but also augment what you’re doing on Twitter with some scheduled tweets – and increase your effectiveness in the process.

Many Twitter clients – things like Tweetdeck, Hootsuite and MarketMeTweet, allow scheduling but tend to be somewhat time-consuming because you have to select the desired published time from drop-down boxes and often can only schedule in increments of 5 minutes (example: 12:05 pm vs. 1:03 pm).

In addition to easy scheduling, we know the numbers geeks reading this post will appreciate the scientific approach that will have tweets published at the best possible time. Many of you want the highest number of clicks and/or retweets possible. You may be already be asking, “Will I get more retweets and clicks if I publish at 1:03 pm or 12:05 pm?”

Both Timely and Buffer App analyze your past tweets to determine the best times for YOU to tweet; based solely data exclusive to you.  Based on that analysis, your tweets will go out at those times. We are always interested in optimal timing and Buffer App has done a study that shows promising statistics for Twitter users with increases in clicks, retweets and even the almightly Klout score all attributed to their timing algorithm.

If you find it easier to set up your tweets for the day in one time block, whether that’s at 3 pm or 3 am, you’ll appreciate the ease of use with either tool. Both tools have bookmarklets that make it easy to schedule out the page you’re reading for future release. This allows you to read when you can, and fill up your “queue” without overwhelming your followers with an onslaught of messages. This is especially good for people who have a tendency to be a tad bit of an information junkie (like Shelly Kramer) or people like me, (who try and keep up with her) (shhhhh).

The Numbers and Analytics

Both tools provide a snapshot of statistics from within the dashboard. You can see the minor stats differences in the screenshots below.

The differences between Timely and Buffer App

While incredibly similar, there are a few differences in each app that we wanted to point out. This doesn’t make either better than the other but one (or more) of these differences may be a deciding factor based on your personal preferences.
How Many Tweets Can You Schedule Into the Queue at Any Given Time

How Many Accounts Can You Connect
How Many Tweets Per Day Will be Published
Connect Your Existing Bit.ly Account
Control Days of Week You Publish
Add Team Members
Email Notifications When Your Queue is Empty
Miscellaneous Extras
Can’t choose? Why not try out both? If you’re already using one (or both) we’d love to hear your feedback.