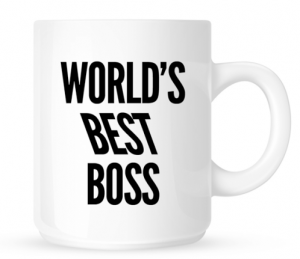 Coming from a family of jokesters, it was pretty much a given that I would ultimately learn to develop a thick skin (well, frankly, I was forced to do so). It was also imperative that I learn the art of quick repartee as a form of self-preservation much like other children learn to walk. For this, I thank my mother, Shelly Kramer, who apparently popped out of the womb lipping off about something.

Being a general smart ass about most things – sarcasm can and has gotten me into trouble.On more occasions than I can count. But oh how I love it so.

In fact, many friends have probably seen at least one text, Tweet, etc. from me with </sarcasm> in there so they know that I’m just kidding, and not just being a jerk.

As such, I was overjoyed to read that some fabulous interns for BBH are lobbying for the creation of  Sartalics, a bona fide sarcasm font. Hallelujah!!!

This campaign proposes that Sartalics, a reverse italics font, be created so that when Tweeting, updating your Facebook profile or emailing you can use Sartalics to indicate to those thin-skinned among us that you’re being snarky – not mean.

In the long run, this will save so many follow-up calls/emails to say, “Hey I was just kidding, you know that right?” In fact, it might just save a friendship or two. Sarcasm is a very hard tone to convey, so how’s it possible that a sarcasm font has yet to be created?

In all seriousness, with more than 110 million tweets  and an excess of 294 billion emails flying around in a given day worldwide, it only makes sense that we continue to adapt the communication tools we use on a daily basis to ensure our messages are properly interpreted.

Are you, like me, a sarcasm lover? If so, here’s how you can help the cause – visit Sartalics.com and sign the digital petition. As people continue to sign the petition, they will hit up the big dogs from Microsoft, Google, Twitter, Facebook, Yahoo, YouTube, Apple and Tumblr to encourage them to create Sartalics. Below is a cool tutorial the BBH Barn interns created to promote their campaign:

As a cause near and dear to my heart, this is my personal plea to help a sister out and help Sartalics become a reality. And yes, it’s all about me. This will be a great leap forward in my continual quest to quit annoying people with my oft misunderstood but quite adorable (just ask @danieleagee) quick wit.