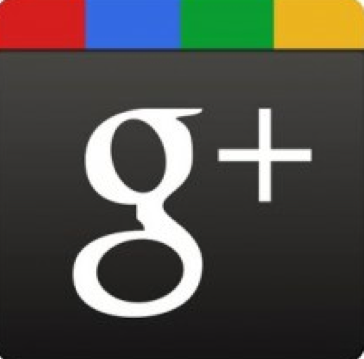 Google just announced that it is now easier for you to invite your friends to Google+ — ergo, it’s also easier for all you folks who don’t yet have an invite to get one.

And, after the last few weeks of spending lots of time sending tons of invites in response to a blog post I wrote about g.plus.to, the shortener that creates a custom URL for your profile, it’s nice to see that there’s now a bit of an Easy Button G+ users can employ to spread the Google+ love. And by the way, if you want to grab your own URL, do it – it’s pretty cool.

So, for you readers of the V3 Blog who don’t yet have a G+ invite, here’s your chance. Act fast — there are only 150 of them, so the early bird definitely gets the worm. Err, the invite.

Use G+ Already And Want to Get Link to Send Invites?

If you’re already a G+ user and want to get and share the link, it’s super easy. Just go to the home screen on your Google+ profile. You’ll see the “Invite Friends” button on the right hand side. Click it and you get this.

For those of you interested in Google+ stats, there’s some interesting data out there. With some 25 million users in just five short weeks, Google+ just continues to grow, and it appears to be getting stickier, which means that people tend to be staying longer and sharing more. I know I am – I’m really enjoying the Google+ interface. But I still spend plenty of time on Facebook, Twitter and LinkedIn, too.

Even though the network is still in beta, Google continues with a slow rollout rather than simply opening the floodgates. Offering 150 invitations per user to share quickly and easily via simply posting a link seems to be part of that slow growth strategy.

As reported recently in Mashable, Andrew Lipsman, vice president of industry analysis at comScore was quoted as saying he’s never seen a web property take off so quickly. And that while Twitter’s grown went from 4 million in the Spring of 2009 to 20 million a few months later, the growth of Google+ surpasses that. 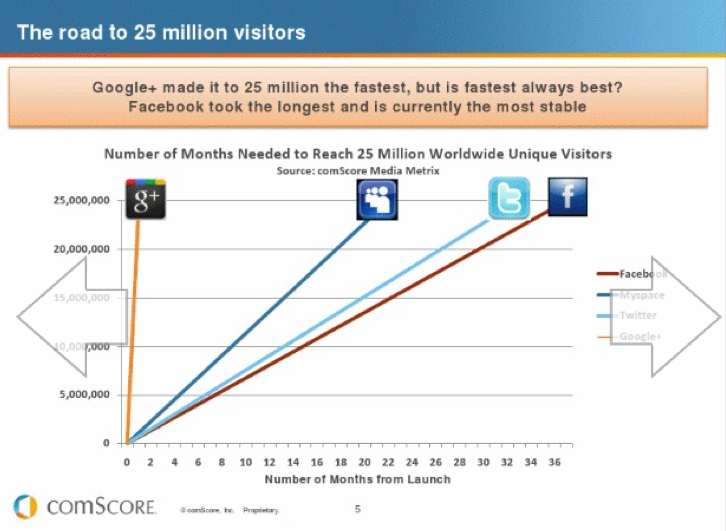 Some other interesting stats from comScore:

Males dominate females, 63% versus 37% (this number has, and hopefully will continue to climb).

Experian Hitwise research showed that visits to G+ fell the week ending 7/23 compared to the previous week and time on the site fell 10% yet comScore’s research showed that people were spending more time on the network during about that same time period. But I think that when usage numbers are reported down, there’s a chance they may not be taking into consideration the release of the G+ iPhone app and the resultant migration.

From what we can see, a lot of our techie, early adopter friends are loving Google+ and everyone else is, understandably, already dealing with too much social network information overload to care much. But, if you’re game – and still trying to figure it all out, there’s a pretty complete guide published (and regularly updated) by Mashable, that’s a nice overview.

And, there’s definitely excitement about business applications for Google+ – and we’re really looking forward to exploring that as they roll it out in the third quarter, probably mid to late September. For more on that, check out Geoff Livingston’s blog.

Whether you’re drinking the Google+ Koolaid or not, it’s always interesting when a new platform launches and all the early adopters dive in. If you’re like me, you experiment, watch, listen, learn and try to figure out what potential this might have for my clients.

I try to avoid making sweeping pronouncements or hasty judgments and just hang loose and see what transpires. But so far, I’ve found Google+ to be pretty doggone awesome. How’s your Google+ experience been so far – I’d love to know.