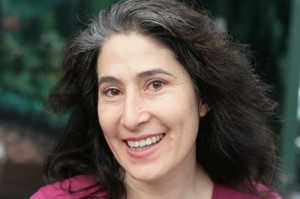 These days, the Internet – and social media platforms – seem a little crowded, don’t they? Billions (1.97 billion, to be exact) of people are logging onto the Internet to search, communicate and explore.

Now, thanks to the genius of my uber-talented friend and tech genius, Aliza Sherman, businesses (and individuals) can learn to tap into this huge Internet population through crowdsourcing. When Aliza told me about her new book, “The Complete Idiot’s Guide To Crowdsourcing,” I knew it would be a resource to share. If you have any interest in the concept, move this book to the top of your Amazon wishlist and prepare to be informed and inspired.

In the midst of a whirlwind book tour, Aliza carved out time in her hectic schedule to give V3 readers a brief overview of crowdsourcing. So, without further ado, let’s dive in!

“This is the million-dollar question,” Aliza says. “As I interviewed CEOs of crowdsourcing-related companies, I realized each one has a different definition.”

Many refer to the Wikipedia definition, which grew out of Jeff Howe’s explanation—he’s the one credited with coining the term “crowdsourcing” in a 2006 issue of Wired magazine. Yet through countless hours of research and interviews, Aliza has honed her own definition:

“In its simplest, most basic aspect, crowdsourcing is putting out an open call online to many people to source the right people for the job, whatever that job may be.”

Aliza also explains crowdsourcing as a set of principles, processes and platforms to get something done, often by casting a wide net to reach workers, thinkers and doers.

Consider this example of work crowdsourcing: Let’s say you have 1,000 photographs and you need them tagged. You can’t write a script for it—instead, you need a person to recognize the objects and tag them cat, dog, fish, mouse, etc. The work is repetitive and time-consuming, and it doesn’t make sense for you to do it. Instead, you can go to a micro-task site at which workers are crowdsourced and find someone who can complete the task.

Input crowdsourcing gets a little fuzzier.

“A lot of companies think if they ask Facebook fans a question and they answer, that’s crowdsourcing,” Aliza says. “But a lot of crowdsourcing folks say it’s missing an element of the community helping to vet the feedback.”

Quora is a better example. You’re still collecting input, but answers are voted up and down so, ideally, the best answers rise to the top.

“You’re not only tapping into expertise around the world, but you’re also tapping into a community that vets the responses,” Aliza says.

As for action, Aliza calls this her favorite type of crowdsourcing.

“It tends to be more about getting people to coalesce into an ad-hoc group to do something, usually for good,” she says. “One example might be crowd funding, where there’s a cause or a project and you’re looking for financial support.”

Other action-oriented tasks might include civic innovation, political activism, neighborhood improvements and citizen participation. Regardless of the task, the beauty of action-oriented crowdsourcing is that it can create a snowball effect. If several people donate small amounts to a cause, and then tell their friends to do the same, “it creates an exponential reach to crowds you wouldn’t have reached before,” Aliza says. “And everyone putting in small amounts can quickly accumulate to tens of thousands of dollars.”

Consider this the $10,000 question. Crowdsourcing is easy enough to understand, but why does it matter to a business? Aliza suggests looking at it from an efficiency perspective, especially applicable if you work with a small team or are flying solo.

“Look at the work that’s on your plate, or your team’s plate,” Aliza says. “Often you can find more efficient ways of getting things done by exploring crowdsourcing sites and their processes.”

It may be easy to locate potential sources, but there’s no denying that it can be difficult for a business owner to turn work over to an unknown individual, rather than keeping that effort in-house. Yet the key to crowdsourcing is identifying reputable crowdsourcing service providers with a proven track record and a platform to vet, manage and rate workers. You can put an open call out to your own online community or “crowd.” You’ll save a lot of headache, however, by working with a company in the business of providing crowdsourcing services such as CrowdFlower, uTest or CastingWords.

In Aliza’s “What is crowdsourcing?” presentation, she identifies a number of crowdsourcing uses and resources. MyGengo provides translation services to clients including Evernote. As the popular note-taking site expanded into Japan, Evernote “needed a service to quickly and efficiently translate product announcements, mailing list emails and terms of use agreements,” according to the case study. “Concentrating on Japan, one of their largest target markets, Evernote had to find a solution for their communication difficulties.”

Therein lies the beauty of crowdsourcing. Evernote needed a service that its staff couldn’t fulfill. Instead of dismissing the prime opportunity to further expand in Japan, Evernote crowdsourced the translation assignment  while its core staff remained focused on providing the digital infrastructure and services that has made Evernote a leader in its industry.

So…how do you get started with crowdsourcing?

Simply put? Get out and explore! So much of the Internet and digital space requires a willingness to simply see what’s out there, and how it can help your business thrive. You can read about a subject all day, and that’s certainly one way to educate yourself. But there’s also the practical application, the one that urges you to break out of your comfort zone and explore how you can do things differently.

“Dive in, look at these companies and see if they offer a service that can help you be more efficient and effective,” Aliza says. “The best way to understand what different companies offer in crowdsourcing is simply to start looking at crowdsourcing sites and see what work is listed.”

Keep in mind that crowdsourcing isn’t much different from recruiting and hiring full-time employees. You may want to seek referrals to various crowdsourcing companies or individuals, depending on the tasks you need, and you might find yourself trying several different approaches to crowdsourcing before you find what – and who – works best for your business needs.

Craving more info on crowdsourcing? Be sure to buy a copy of Aliza’s book, “The Complete Idiot’s Guide To Crowdsourcing.” And in the meantime, I’d love to hear your thoughts on crowdsourcing. Do you use it for your business? How? Is there an aspect of crowdsourcing about which you’d like to learn more?