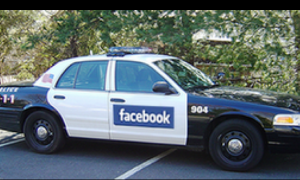 We’ve all seen them. Facebook contests are all but impossible to ignore. Headlines scream “Be our 5,000th fan and get a gift certificate!” “‘Like’ our page in the next two weeks and be entered to win a prize!”

Yep—Facebook contests and promotions are becoming increasingly prevalent as brands and businesses seek to expand their audiences and increase community participation within the undeniable communication juggernaut that is Facebook. Besides, who doesn’t love winning? (Just ask Charlie Sheen.)

Yet when it comes to hosting a Facebook contest, the Mighty Facebook Powers have a lot to say on the subject. Trying to wade through the latest promotion guidelines can be rather intimidating, so instead, try these tips to launch a seamless (and TOS-friendly) Facebook promotion.

Use an app. Seriously. Kelly Clay wrote an excellent post for Locker Gnome on the topic of Facebook contests, and she recommends Wildfire. It’s a paid app that will allow you “to choose among 10 different types of promotions, including photo, video, quiz, trivia and more,” she writes. Whether or not you choose to use Wildfire, you’ve got to run your contest through an app or risk a visit from the Facebook police.

Don’t require Facebook usage. We’ve seen numerous contests that reward visitors for “liking” a page. According to Facebook, this is a big no-no. A user might like a page and then get access to the promotional app, but Clay writes that you still need to allow them other ways to enter contests without first requiring a like.

Notifying winners. It may seem logical to notify contest winners through Facebook, but promotion guidelines say that you can’t reach out to them using messages, chats or by posting on a profile or page. What you can do, however, is enable your third-party app to collect contact info, like an email or physical address, and use that information to notify the winning party.

Contest vs. Promotion. What’s the diff? Not sure what the difference is between a contest and a promotion? According to Facebook’s Promotions Guidelines,

A “sweepstakes” is a promotion that includes a prize and a winner selected on the basis of chance.

A “contest” or “competition” is a promotion that includes a prize and a winner determined on the basis of skill (i.e., through judging based on specific criteria).

More On Apps. We already mentioned Wildfire, but there are ton of other third-party apps galore that you can check out if you’re thinking of running a promotion or a contest. Some of our current favorites include:

Contest Success Stories. If you want to read about some amazing Facebook contest successes, Tripwire magazine serves it up nicely.

And if you want an in-depth look at Facebook Promotions, with tutorials, check out Mari Smith’s post over at Social Media Examiner.

What are your thoughts on Facebook contests? Have you run them? If so, what were the results? And if you have any additional recommendations on third-party promotional apps, we would love some suggestions in the comments.