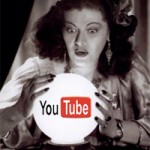 We’ve said it before, but we’ll say it again. People seriously love online video. And integrating video into online marketing strategies is a smart move.

MediaPost reported in March that online video usage continues to rise, and viewing from PCs, Macs and laptops from home and from work is up by 45%. Viewers streamed 28% more video, spent 45% more time watching that video and the total streamed videos grew 31.5%, topping out at about 14.5 billion streams. That’s a lot of video.

So the big question…why roll out YouTube Live? It’s simple — it’s a matter of demand. In today’s connected society, regardless of physical limitations, people want access to what’s going on around the world. And they don’t to wait. Take the 2011 NCAA Men’s Basketball tournament that just wrapped up. It was projected that 8.4 million hours of basketball were viewed online during the course of the tournament. In addition to sports, consumers also want access to pop culture and political events as well. 1.3 million Americans tuned into WhiteHouse.gov to watch President Obama’s State of the Union address.

What might give YouTube Live an edge over their competitors is that they will offer live video content in HD quality. They will also allow for unlimited streaming time which is clutch for both sporting events and concerts. With some 2 billion video views a day – YouTube clearly has a substantial audience for their live content. If the goal is broader access to content for consumers – will advertisers and content providers be willing to negotiate? And, if YouTube can find a smart pay model for consumers would they be willing to pay?

The Next Web had a great post on this topic and reported that the service will be rolling out slowly, to only a select group of big users and the rest of us might see it in the next six months or so. That allows them to get the bugs worked out and see how it’s received.

This might just be YouTube’s big pay day. We’ll be watching – what about you?