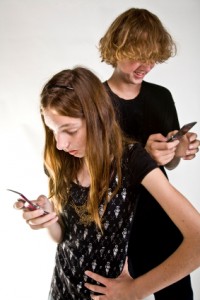 It’s no secret that mobile communications and mobile/social integration are the next big frontiers when it comes to the worlds of technology and marketing. Wait – that’s a misstatement – they’re not next, they are NOW.

We talk a lot about the mobile web and how critical it is for businesses to understand the need for an easy-to-view, easy-to-use mobile site or a mobile optimized version of their corporate website. But why does that matter?

A quick look at some stats relative to teens:

This graph shows that the number of smartphone owners are on the rise – across every age group. As someone who just bought my 74 year old mother-in-law an iPhone, I’d have to agree. Vehemently. 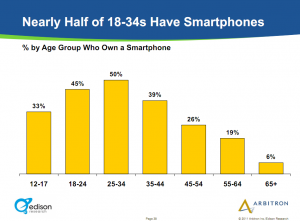 It wasn’t surprising at all to see that research indicates that nearly 6 in 10 smartphone owners report that they would give up TV before giving up their smartphones. I predict that number will only increase in the next year or two. 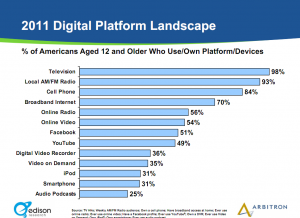 Back to teens. Today’s teens wield incredible buying power. Combine overwhelming smartphone usage and an addiction to mobile technology with buying power that’s being easily delivered via mobile wallet applications like Square and you’ve got a consumer base that’s active, engaged, online and using their mobile phones for just about everything.

No matter what you sell, and no matter your target audience, if that’s not impacting the way you’re thinking about mobile and mobile and social integration into your marketing strategies – well, good luck.