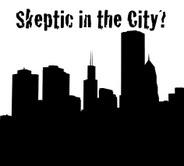 Men’s Health just came out with a list that it calls “the most socially networked cities in America.” I say that that’s terrific, but I’d like more information about their data sources.

But one of the things that makes me wonder about the veracity of the research done by Men’s Health – this statement:

We started by calculating the number of Facebook and LinkedIn users per capita, followed by overall Twitter usage (NetProspex). Then we looked at traffic generated by the major social networks, including Myspace, Friendster, Reddit and Digg (analyzed by ad network Chitika). Finally, after factoring in the percentage of households that check out chat rooms and blogs (SimplyMap), we had the results you see below. Go ahead, tell a friend.

First of all, “Twitter usage?” What does that mean exactly? I need more information as to what, exactly they use to define Twitter usage before I can buy that one.

Also problematic — when they state that they analyzed major social networks but only name a few, including Myspace, Friendster and Digg … really? When was the last time you (my group of socially savvy friends) even thought about Friendster? Or Myspace? And Digg? They’ve lost massive credibility – and users – over the course of the last year or so, so including them in here without any sort of qualifiers makes me wonder.

Ergo, the question that I can’t help asking is simple:  Do the people writing about socially networked cities even understand what that means? Yes, I’m talking to you, Men’s Health.

I think stories like this are terrific. And of course the headlines are enticing, so they drive traffic (and readership), because everyone wants to know where their city figures into the mix. But for my money, when you come up with a list like this and don’t support it with data, stats – or at least links – to the research that you relied on to make your claim, well, I’m a skeptic.

And, when you refer to “major social networks” and include three of four that are nowhere near the most highly trafficked sites, well, it makes me want to know who oversaw this study. And it makes me wonder how much they really know about social media and social networking, not to mention data collection and analysis.

Oh, and lastly, making a list like this and tossing it out there with a “Go ahead, tell a friend” comment instead of … something like “What have we missed? We’d love to hear your thoughts” seems, well, slightly cockier than this poorly written article deserves.

By the way, in writing this post and actually checking out NetProspex, Chitika and SimplyMap (the sources cited but not linked by Men’s Health), I’m interested in all of these companies and what they do – so I guess there was an upside to the story after all. Not that Men’s Health gave them any credit.

So, in case you want to know, here’s the list of the most socially networked cities, courtesy of Men’s Health. Where does your city end up and do you agree or not? Me, I’d love to know what you think!