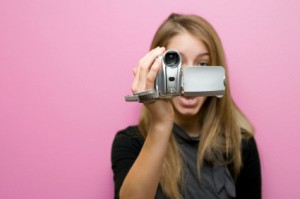 If I had a dime for every client who talked about doing a video and having us “make it go viral,” it would be akin to winning the lottery.

Videos don’t just go viral. So if you were enticed to read because you thought you were getting some secret sauce, magical, one-stop “Easy Button” BS in this post and want to quit reading right here, you can. I won’t be at all offended.

But it does happen. Videos going viral, that is. The key is usually when the video is funny, entertaining, heart-warming – and when it stars a cute kid, kittens or puppies, that’s always a bonus.

Yesterday morning, my daughter, Katherine Meyer emailed me a link to a video with a little girl in it talking about how she was never going to marry without first having a job. I thought it was darling (as was the little girl) and it touched my heartstrings. I’m the mother of four, and raising my girls to be strong, self-sufficient and independent are what I consider my most important job as their mother.

I liked the video so much I wrote a blog post about it. At the time that post was published, at about 7am yesterday morning, the original YouTube video had 324 views. I don’t know why I made it a point to note that, but I did.

Throughout the day, the video was seen by people reading my post, as well as by others on the interwebs. Like me, many others picked up the video and wrote their own posts, including the media powerhouse Mashable, which plopped the video on their front page.

You know it. Vi-vi-vi-viral baby! Some 18 hours after I wrote my post featuring the video was published, the video now has had some 296,620 views – and counting.

Holy Viral Videos, Batman, that’s amazing! And, while I only played a small role in this story, I thought the fact that the video had 324 views when I published my piece was a great way to show you the power of the people and those doggone interwebs. Isn’t it amazing how quickly something can go from being sent via an email with a “Hey, saw this and thought it was cute” message to being the featured video of the day on a site like Mashable?

But, if your video has a great concept, is funny or heart-warming (shocking also works), or both, features a kid, kittens, puppies or someone being silly, you might have a chance. Oh, and toss in a huge measure of good luck and add a sprinkling of people with lots of friends and you’re set.

Now, go make one. And please don’t ever hire someone and ask them as a part of their deliverables to guarantee they can make your video go viral. We would all appreciate it.

And, in case you missed it, here’s the video: