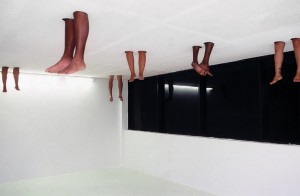 I know what it’s like to feel nervous or reluctant to speak up about something. People might think you’re stupid. They might make fun. They might disagree. Horrors! Oh, there’s so many different excuses. But what I want to know is this: What happened to conviction?

What happened to taking a stand, climbing on a soapbox, putting your opinions – popular or not – out there? Being brave enough to say what you think and articulate it well? Does that still happen? Here’s the thing about that. Saying what you think is hard. Not having an opinion, or not articulating it, and refraining from ever really choosing a side, an issue or a conviction is easy. And all too common.

This topic resonated with me as I was talking to one of my daughters recently, extolling the virtues of blogging and nudging her in that direction. She’s very smart, a great writer and extremely capable. And interesting beyond description. Of course, I’m her mother, so I’m slightly biased in that regard. But one of her comments struck me as we discussed blogging. She said “But then, Mom, I’d have to put it out there. I would have to stand up and say what I think about things. And I’m not sure I’m ready to do that. Not just yet. People might not like what I have to say.”

I think that describes a lot of people in the world today – and certainly a lot of young ones. Not, of course, in the wacky online world in which I live, where people have no shortage of thoughts, opinions and ideas and share them willingly – and often on a daily basis. But I think we’re the exceptions.

And I get being reluctant, I really do. But I see that and call your bluff. I call bullshit. I say that living a life without regularly embracing your convictions and taking stands and putting your thoughts out there is not a life worth living. I believe that engaging in intelligent discourse and the debate that inherently results from stating what you believe is a critical component of life. In fact, I can’t imagine living without those things. And Taylor Mali, an American Slam Poet that I happen to adore – agrees. Watch this inspiring video, created by Ronnie Bruce, and tell me you don’t feel the same way.

Typography from Ronnie Bruce on Vimeo.

“What has happened to our convictions? Where are the limbs on which we once crawled?” asks Mali.

Are we really the most aggressively inarticulate generation to come along since, you know, a really long time? Can we really abide being the person who has nothing personally invested in his own opinions and just, like, thinks it’s okay to invite others to join him on the bandwagon of his own uncertainty?

Oh, I hope not. That would be tragic. In fact, it already is.

Here’s what I say to you. Yes, you. You know who you are. Quit wasting time thinking that you have nothing to say. Or nothing to contribute. Or that people might disagree. Or think you’re stupid. Or any one of those other dumb excuses. As my friend, Erika Napoletano, she of Redheadwriting fame might say, “Grow a pair, dammit. And just do it.”

Here’s the thing. You have but one life to live. You will screw up. You will say stupid things from time to time. In fact, you will DO stupid things. But you will also think, and learn, and interact, and grow. And you’ll agree. And disagree. And change your mind. Then change it back. But through it all, there’s one thread. You’re thinking. You’re communicating. You’re opening your mind and yourself up to others. You’re taking a stand.

Find your convictions. They’re right there – you know it and so do I. Get them out there. Crawl out on the limb. The weather’s really awesome out here – and the company rocks. But do it right. Don’t be a wuss. Say what you think, in an articulate manner. Leave out the “likes” and the question marks and the uncertainty. Take a stand. Speak with conviction. And any time you think that the alternative is good enough, do yourself a favor and go back and watch this video again.

Kudos to Taylor Mali and Ronnie Bruce for this amazing piece. I hope it inspires you as much as it has inspired me.