This is a guest post written by Meg Fowler. She’s amazing. And shared these thoughts in a Facebook group. I liked them so much that I asked her to share them here – in a guest post. I think she’s onto something. I’ll bet you will, too.

I think my big push in 2011 won’t be to encourage people in the direction of certain tools, platforms, strategies, techniques or ideas, but rather the one thing that too many of us lack in spades: common sense.

Common sense says that acting foolishly generally results in foolish consequences, that obsessing about things that lead nowhere gets you nowhere, that doing anything in excess leads to imbalances that are hard to correct, that people will react badly to bad behavior, that a lack of respect for yourself encourages others to feel the same… and on and on.

So many of us don’t have it. Plenty of us don’t even want it, because it would prevent us from following impulses, from acting exactly as we pleased, from doing before thinking. Common sense would yank us back from the precipice when dangling would be ever so much more dramatic.

Really, common sense has a bad reputation as the boring one in the room — that somehow a lack of sense could be correlated with a lack of originality, or an inability to risk, or some sort of stodgy absence of creativity and internal fire.

But not all great inventors and artists ran wild-eyed in the rain without an umbrella, telling the universe to go screw while they caught pneumonia. Some of them realized that common sense could solve problems — and that solving problems could be a radical act in our zany world.

I get a sense that common sense could be the new crazy. 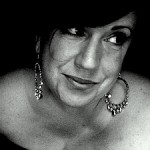 Meg Fowler is a freelance writer and integrated marketing strategist, and a fairly recent addition to the team at Sametz Blackstone Associates, a Boston-based brand strategy firm. If you look away from your coffee, she will drink it. Just so you know.

And if you want to stalk her brilliance (which I highly encourage), you should be reading her blog.