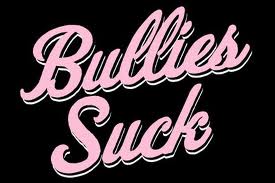 Shaking my head as I write, recalling numerous conversations with friends engaged in the nonprofit world – but there’s a hard, cold reality about The Susan G. Komen For a Cure Foundation. It’s a bully.

The Susan G. Komen For a Cure Foundation spends at least a million dollars in donor money EVERY year fighting off any charity who dares to use the words “for the cure” in their name. A MILLION DOLLARS.

When you donate to The Komen Foundation, is that what you’re hoping will be done with your money? The money that you give in memory of your mom, your sister, your daughter or your best girlfriend who either waged a battle with breast cancer and lost – or who’s currently fighting the fight of her life?

The Huffington Post reports that the Foundation’s trolling for violators – anyone who uses “for the cure” in their name, has resulted in legal actions being filed against more than a hundred charities. Many of them are simply too small and too underfunded to fight the huge corporate power that is Komen. And it’s probably safe to say that’s part of what the bully relies on. Bullies are predictable that way.

The Komen bully has battled against cupcakes, kites, surfing and golf and it seems that only those nonprofits fortunate enough to stumble upon a passionate law firm willing to take on the Komen machine on a pro bono basis have been able to fight any kind of fight.

I don’t know about you, but this bugs the heck out of me. People who want to donate money – to any nonprofit – are typically generous, big-hearted and genuinely want to make a difference. So they give money. Knowing that money is used for administrative purposes to run a charity is one thing. But knowing the money is used to wage battle against smaller organizations who primarily have but one goal – raising money to cure cancer (or something) – well, it seems unconscionable.

This is a big deal. I hope that the next time you consider participating in a Komen event and raising money for the organization – or buying sneakers or clothing or yogurt — or some other product that purportedly donates to The Komen For a Cure Foundation that you’ll stop and consider. Just for a moment. And know that part of every donation you – or anyone – makes, is earmarked to bully another charity. And make no mistake – I’m well aware of the good The Komen Foundation has done. But doing good isn’t enough. Doing the right thing is important, too.

Komen — when you become fodder for evening talk shows and when pundits like Steven Colbert set their sights on what you’re doing and you become a bit of a laughingstock, maybe it’s time to rethink your strategy. And brands who support The Susan G. Komen For A Cure Foundation – be aware of what your monies help fund.

Me? I want to cure cancer. And to my way of thinking, my donations are better funneled toward an organization who will actually focus on that, instead of picking fights with the little charities who are also trying to make a difference – about something as silly as the words “for the cure.” Maybe I got up on the wrong side of the bed. Maybe I’ve not yet had enough coffee. So if you disagree, let’s hear it. I’m always interested in hearing another side of the story.