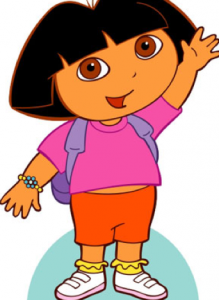 I’ve been following the Cooks Source debacle for the past couple of days – they are the folks who had the audacity to steal content from blogger Monica Gaudio and started this sh*t storm, fueled by the flames of social media. You can get the entire story, from the beginning, from Monica herself right here. You can (and should) read NPR’s Linda Holmes’ pithy post, which is where I discovered the story. The condensed version: Cooks Source, a magazine that makes money from its content, stole content from Gaudio and graciously credited her with a byline. But they did it without her permission and without her knowledge.

When Gaudio discovered the “lift,” she acted like any self-respecting writer would – she contacted Cooks Source and expressed her dismay and displeasure. The editor, wielding the “I’ve got three decades of experience in this business, missy,” sword, snippily informed Ms. Gaudio of some surprising facts. She said “But honestly Monica, the web is considered ‘public domain’ and you should be happy we just didn’t ‘lift’ your whole article and put someone else’s name on it! It happens a lot, clearly more than you are aware of, especially on college campuses, and the workplace.” The nice editor went on to say that Monica’s piece was poorly written and required editing, and suggested that instead of apologizing for the swipe and/or compensating Monica in any way, that she should perhaps even be paying Cooks Source for making her work better. And ‘portfolio worthy.’

Well, the proverbial cat jumped out of the damn bag, and we crazies on the Internet jumped in and began to do what we do best: stir things up and make stupid people wish they hadn’t done (or said in writing) stupid things. Honestly, Monica.

Not surprisingly, the Cooks Source Facebook page exploded and has been pretty much taken over with often hysterical (and sometimes really gross and inappropriate) comments. It’s the Internet folks, there’s a ton of crazies out there. But there’s a whole lot of really smart, and often very funny people, too. They’ve kept me in stitches the entire time I’ve been writing this post. There’s a fake Twitter feed (not yet as funny as Facebook but getting there) and I’d guess that the mayhem has only just begun.

And, in addition to leaving comments and making mincemeat out of the folks at Cooks Source, a cadre of intrepid bloggers and people who research their work before writing their own, original content, swooped in, determined to fight the good fight. Funny thing, it was quickly discovered that Cooks Source regularly swipes content just about as often as Dora The Explorer’s friend, Swiper, swipes her stuff. (I’ve got 4 year old twins, we watch a lot of Dora. Don’t judge me).

Gawker’s Hamilton Nolan, wrote an awesome post about this and invited Gawker readers to share other examples of swiping, some of which are pretty funny. I highly recommend you troll through those for a laugh – or twenty. Nolan also pointed me in the direction of an entire Facebook page here devoted to compiling the growing list of other content allegedly swiped by Cooks Source. What an odyssey it’s been being captivated by this story.

It’s important to note that the only side of the story we have is Gaudio’s, as their sassy editor hasn’t been heard from. Like so many brands when there’s a crisis, they’ve promptly stuck their heads in the sand, hoping the sh*t storm will blow over. Funny, I wonder if it will. I’ve heard rumor (not confirmed) that Cooks Source advertisers have been been catching wind of the brouhaha and have pulled ads as a result.

I remind myself that this editor isn’t the only person who works at Cooks Source, and that even smart people make mistakes. But the content generator in me wonders when it’s ever alright to swipe someone else’s work without permission. Methinks not. And then I wonder why no one at Cooks Source ever thought of that. One of my favorite blog comments about this situation comes from Gawkers post and EmLocke who said “I wonder where Judith found her recipe for Egg on My Face?”

All in all, it amounts to massive PR crisis, massive brand meltdown, journalistic nightmare from hell, business imploding overnight and a raft of other things, times 497. And, for a relatively small business, perhaps even disaster. How do you even begin to fix it when this kind of thing happens to you? Hopefully, it won’t.

Me – I say that you can’t go wrong by just listening to that damn Dora: “Swiper, NO swiping!”

Image credit: Thanks to the folks at Nickelodeon for use of the Dora image. I buy all your videos and other products and my children love your character. I hope it is okay for me to use your image. But if not, please let me know and I will gladly remove.