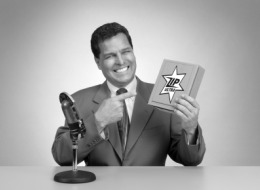 Social media has enabled companies (even some with notoriously poor customer service) to better field consumer questions and concerns. Major brands like Comcast, Dell and Best Buy have embraced social media as it has allowed them to connect with their consumers in a more immediate and impactful manner. If companies participating in the social media arena have greatly improved their ability to field consumer complaints and questions – isn’t it a logical to assume that companies will also be able to sell more effectively to their consumers as well? IBM believes so.

IBM was early to embrace the social media and, since 2005, has encouraged their employees to participate in the social media world. Now they are prepared to take it a step further. IBM recently launched a new skills initiative that will provide their business partners with education on how to leverage social media as a sales tool. I discovered this by reading the intrepid Todd Watson’s blog and now have another great source for business intelligence – check him out if you like this kind of stuff about the “big guys” like IBM and stalk him on Twitter at TurboTodd

Here are some of the things IBM associates will be diving into in the coming months:

In part IBM, is educating their sales force because social media has impacted ‘business as usual’ so drastically. They want to not only educate their business partners about the vast collection of social media tools that exist today, but also equip them with skills to engage with customers (and potential customers) on a deeper level. Sandy Carter, IBM Software Business Partner VP, said the goal is to “elevate their sales and marketing teams with social media strategies to establish smarter business practices….” So, if the goal is to increase sales and recent research eMarketer shows that “daily Twitter users who follow a brand are more than twice as likely …to purchase from the brand after becoming a follower” – this leads me to believe that IBM might just be successful in their endeavor to increase sales. Sounds like a decent strategy. Your thoughts?