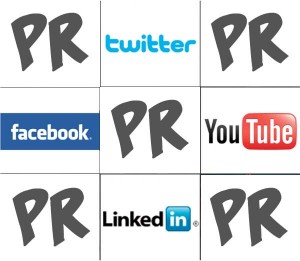 Aside from techies, PR professionals have been some of the earliest adopters of social media. With newsrooms shrinking, the old mainstays of pitching (i.e. the dreaded press release, VNRs, e-mail pitches, phone calls etc.), have become increasingly less effective as stand alone tactics.

Although tools like Cision and Vocus have proven to be great resources for finding and building media lists and distributing story ideas to outlets – the greatest issue for PR pros today is that oh-so-precious and ever elusive commodity: Time. Often reporters neither have time nor interest in wading through e-mail and voicemail and getting to them can be tricky, for even the most tenacious journalist. As an added wrinkle for PR folks, knowing which sources prefer which medium of communication is a bit like predicting what time my dog will wake me up in the middle of the night wanting to go out — nearly impossible!

Enter social media. With the rise of social media, other avenues have opened up for PR professionals to maintain and, in some cases further develop their relationships with reporters, peers and thought leaders in the industry and Twitter is but one of those channels. But it’s the one I’m focusing on today and hope to give you some resources that you might not yet know about, or add to the list of resources you’re already using.

On Twitter, there are ongoing chats for PR folks and journalists like JournChat, identified by #journchat, started by Sara Evans and held on Monday evenings from 7-10pm CST and Web Journalist Chat, #wjchat, focusing on tech, ethics and the journalism business, held on Wednesdays at 5pm PDT. There’s SoloPR, #SoloPR, a weekly chat moderated by KellyeCrane and held on Wednesdays from 1-2pm EST. There’s also PRChat20, #pr20chat, hosted and moderated by Justin Goldsborough and Heather Whaling and taking place on Tuesday nights from 7-8pm CST.

Those are just a few of the weekly chats taking place on Twitter focusing on journalism and PR – what other resources am I missing?