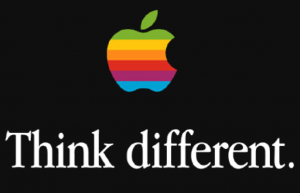 Today’s AdWeek features a story about the Internet darling of the moment, Groupon. Groupon’s Deal of the Day offer has managed to capture a significant share of voice, largely as a result of its inherently viral nature. Those elements, coupled with a struggling economy, deal-seeking consumers and businesses that need to sell more stuff to more people in order to survive, have literally made Groupon and other similar businesses (LivingSocial, Gilt Groupe, etc.), overnight successes.

Groupon’s success is impossible to deny – with its $1 billion valuation, Forbes calls it “the fastest growing company ever” and the startup is purportedly on track to see $500 million in revenue this year and suspected of doubling that in 2011.

In the same category, sites like zip2save (my favorite) that aggregate good deals, coupons and offers and actually help customers do the research and find better deals on products they seek are making great inroads in both the online and brick and mortar shopping experience.

Bottom line: at this particular moment in time, deals matter. Consumers need them and brands do too. But it always amazes me how quick people are to throw ad agencies under the bus.

Groupon’s staffers proudly claim that they don’t have any need for Madison Avenue and that they are perfectly capable of great success – all without the wisdom and capabilities that an agency traditionally brings to the table.

I think that’s great. The whole concept harnesses the magic of collective buying power, much like Costco and Sam’s Club did when they stormed into the retail marketplace.

But here’s the rub. Brand loyalty matters. Sure, I love Groupon and quickly glance at their deals as they land in my inbox daily. But I have no brand loyalty. If LivingSocial has a deal that appeals to me, I’m as apt to buy from them as I am from Groupon. And when local players like Lucky Monkey or DealBug show up, I’m even MORE likely to buy from them than I am from Groupon, because supporting local businesses matters to me.

DealBug is particularly interesting, because they allow consumers to tie their purchases to a select school or not-for-profit at the time of purchase and then contribute a portion of sales to those groups. For consumers, feeling as if their purchases can make a direct impact – on things they care about – is often a big selling point.

My point is this – consumers are fickle. Especially when they’re in the market for a deal. I don’t think they really care if they get the deal from Groupon, Living Social, DealBug or anyone else. A deal is a deal is a deal. And the companies who offer them are a dime a dozen. So, strategically, or at least in this ad agency owner’s book, there is a need to focus on the things that matter to us boring old agency people. Things like strategically building solid brand identity, creating a loyal customer base and communicating a unique selling proposition. Think Apple and the iPhone. The smartphone category is beyond crowded. AT&T service sucks. Yet people camp out on sidewalks overnight in order to buy their products.

Don’t get me wrong, I’m not knocking Groupon or their success. Groupon and its clones are lucky. Right now. They’re at the right place at the right time and growing like mad as a result. The fact that they don’t feel they need the services of traditional ad agencies – now – is terrific. And good for their bottom line. Do note, however, that they are utilizing traditional advertising as part of their integrated marketing strategy — which is an important component of their success.

In my experience, Groupon and the like are the exception rather than the rule. Most businesses benefit from the services of an experienced marketing consultant or ad agency team — large or small. I’d venture a guess that at some point, when there are more competitors in this space than you can shake a stick at (and there will be), these kinds of businesses will ultimately decide they’ll be more successful when they combine the inherent social nature of their brand with the smarts that an agency brings to the table.

The BIG Question: What will they do to become the Apple of daily deals?