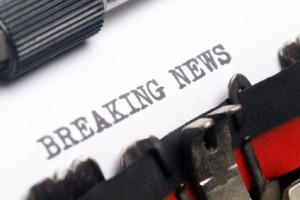 I met Misty Montano when we were both speakers at a Chicks Who Click event in Denver. I’ve admired her ever since and stalk her regularly. You should, too, as she’s the epitome of a pioneer in the social media space, especially when it comes to the world of news organizations.

Misty is an assignment editor and social media journalist at CBS4 News in Denver. Her story, which includes how a rogue experiment with a Twitter account led her to a position of prominence as a thought leader in the social media realm, is nothing less than inspiring.

In a world where news and media folks are scrambling to figure out best practices when it comes to integrating social media into their coverage of news and television news casts, Misty has been on the front lines. I can’t tell you how many times I’ve watched local and national anchors, reporters and stations use their Twitter, YouTube and Facebook accounts as nothing more than broadcast channels and shake my head at their lack of understanding of the two-way channel that social media allows them to create and engage in. As my 4 year old would say “Doiiiiiii. That’s silly.”

I watch reporters – especially the ones in my own city – amass followers like rock stars and celebrities, and only deign to follow a couple of hundred or so in return. Or only follow news stations and reporters in other markets – rather than just following um, well, people. I wonder where they think the NEWS comes from? If not from all of us, the citizen journalists who are everywhere, with our smartphones in hand, documenting–and uploading–life as it happens.

When I speak at conferences and it comes to the topic of Twitter and why it matters, one of the examples I use is the story of the US Airways plane that went down in the Hudson River. That story wasn’t broken by a reporter – it was broken by an individual. Someone who happened to be out there, see it happen and began tweeting about it. Flickr users did the same and there was already a substantial “story” out there before the news media managed to get their crews on the scene. Hmmm.

Back to Misty. She’s getting ready to go on maternity leave and as a way of organizing her thoughts, wrote a terrific blog post about social media and journalists. It’s a basic primer for anyone in the news field and superbly done. She’s broken it out into sections for the interactive journalist and the interactive producer and has really laid the foundation for best practices for the multimedia journalist.

If you’re in the news business, do yourself a favor and read it. Then practice what she preaches. This woman knows her stuff.