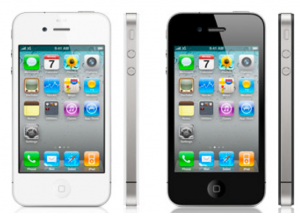 Yesterday’s airwaves were filled with the angst of eager Apple iPhone 4 enthusiasts over the massive cluster-you-know-what that the preorder day turned out to be.

Both AT&T’s and Apple’s servers collapsed, there were reports of multiple incorrect orders, stores closing because they couldn’t handle the strain and — horror of all horrors — staffers in some areas who were forced to resort to pen and paper (gasp) to take orders old-style.

According to today’s Gizmodo, it’s even more of a disaster than originally suspected. Reports have surfaced of credit card information mistakenly applied to the wrong customers, and what is perhaps a serious breach of customers’ private information.

It’s no wonder that Apple is reporting the iPhone 4 as already sold out when some customers are reporting receiving emails confirming duplicate – sometimes even triplicate – orders. As reported by PC World, it was the largest number of preorders ever taken in a single day and, clearly, both Apple and its retail partners were unprepared and overwhelmed.

Concerning the privacy issues, AT&T issued a statement today acknowledging the glitches but claims they were unable to replicate them, but Gizmodo had no shortage of readers willing to share their horror stories. Add to that the recent uproar about last week’s iPad security breach and the public exposure of over 100,000 email addresses, and AT&T has no shortage of unhappy customers.

AT&T suspended additional preorders today, citing record demand, and Apple apologized for the problems customers and prospective customers experienced amidst the turmoil yesterday. And that’s not all – according to Gizmodo, many of the users who ordered yesterday have received emails advising they will not receive their phones on June 24th as originally promised, with some even being pushed back as far as July 14th. And there’s always the unlucky others who have inexplicably had their orders cancelled, and are forced to order again, when permitted.

Can it really be the case that Apple didn’t expect this kind of interest in its newest device? Seems crazy to me. But then, I’m the kind who likes to under promise and over deliver.

Bottom line, if you think you’ve preordered an iPhone 4, don’t count on it until you get it.

Got any horror stories of your own to share? Would love to hear them.