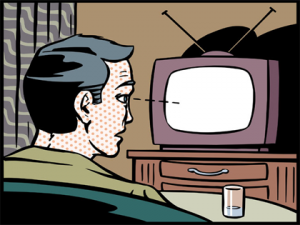 Wired reports that YouTube’s viewership now exceeds that of the “Big Three” TV Networks combined during their primetime evening time slot, with more than 2 billion views per day.

Keep in mind: YouTube’s audience statistics are from worldwide views, while ABC, CBS and NBC audience numbers are only from the United States. The bigger picture is that the future tipping point is coming.  The major networks have dreaded the day when the web could overtake TV to become the way we watch TV.

As Shelly pointed out in an earlier post today, the growth of social media and the world wide web is amazing.  If Gary Hayes Social Media Count doesn’t convince you, maybe some of these numbers will.

Everyday on the Internet