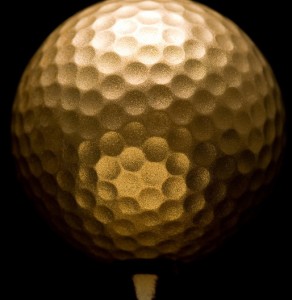 The Nike video featuring Tiger Woods and voiceover of his now-deceased dad, Earl Woods, is nothing short of brilliance.

The commentary, actually part of a 2004 documentary, featured Earl talking about himself as compared to Tila, Tiger’s mom, and their different personality styles. But, in a very surreal way, it was perfectly tailored to the situation that the not-so-young anymore Woods finds himself in today.

Other brands – folks like P&G, Accenture, Gatorade and a host of others, scrambled to quickly rid themselves of Woods lest the tawdriness of his dirty liaisons rub off on them. In spite of all the controversy as the scandal played itself out and evidence of Woods’ harem emerged, Nike adroitly had the cojones to hang tight, in spite of a plethora of advice to do just the opposite. As a result, and not at all uncommon when cooler heads prevail, Nike managed to pull off an oft coveted but not as oft achieved marketing coup.

The spot, released just two days ago, already has almost 2 million hits on YouTube and is the subject of water cooler conversation the world over. Was it in poor taste? Was it disrespectful? Was it attention-getting? Was it over the top? Many think it was all those things and more, and there’s no dearth of commentary on this subject. Here’s a particularly passionate read by Greg Couch of National Fanhouse magazine.

Regardless of your opinion, it was the one thing that matters: attention getting. Hat tip to Nike – you’ve done it again. And, by ignoring the advice of the many naysayers, you’ve positioned NikeGolf at the forefront. What a nice place to be. You see, the essence of this spot isn’t really about Tiger, Earl or even Nike, for that matter. It’s a textbook example of marketing that focuses with laser sharp aim on the right subject, in the right spot, at the precisely right time. In my world – and for the clients who hire me to develop strategy for them, this is a perfect example of a home run.

What do you think?