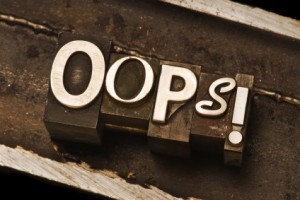 It was only a matter of time until there was an app for stupidity. The new TigerText app, aptly named given the antics of the Cheetah of the Year, Tiger Woods, allows for the do-overage of embarrassing text messages. Praise Jesus. It’s about time.

Clamoring for more info? Tired of regretting those embarrassing drunken texts with nary a solution in sight? Never mind those texts where you might’ve been accidentally trash talking your boss, your client, your mother-in-law or someone else, who, on second (read that “rational”) thought, that you’d rather not have privy to your thoughts, in perpetuity. Rest assured, your problems have been solved.

TigerText is an iPhone app that allows you to send your messages through the company’s servers, thus, reserving the right to later log in to your account, retrieve a sent message and delete it, thereby covering your tracks. Can you say “deniability” 17 times, real quick like?

The company claims that the name of the handy dandy app is not at all related to Tiger Woods and his cheating ways, but rather attributable to the fact that this is the Year of the Tiger. Whatever. I’m no stranger to the concept of taking advantage of the serendipitous confluence of events and putting them to good personal use, so I’m not buying that one, folks.

These lovely TigerText messages can’t be saved, copied or forwarded by recipients. They can be deleted at will or, even cooler, and oh-so-James Bondish, programmed to be deleted immediately after being read. Ha! Love it!!! Cheaters and impulsive people with quick tempers and even quicker fingers the world over, rejoice!

Settle down all you BlackBerry and Android users, word is that TigerText versions for those smartphones are coming by the end of March. The service isn’t free, but who cares? I see this as being a popular app – what about you?