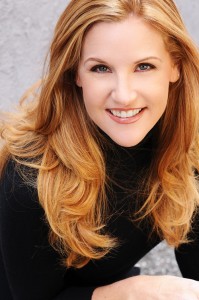 The lovely and extraordinary @extraordmommy

This is a social media success story. This is for all those doubters out there who look down their noses at the apparent ridicularity that is social media. The time suck whiners. The “how do I monetize this” sharks. The questioners. The doubters. You know who you are.

Social media is like moving to a new town. You get there, you get your stuff put away, and you venture out and meet your neighbors. You find a dry cleaner, a grocery store, a gym. You set out to build a life for yourself, get to know people and make connections in this new town.

That’s exactly what happened to my friend, Danielle Smith. A few years ago, with two little ones at home and a career as a TV anchor and reporter in the distant past, she began noticing all the conversations going on between moms about how difficult it is – this job of mommyhood. And she wanted to remind them all that they were all extraordinary women, doing extraordinary things, so she developed a website intended to do just that. Nothing if not sharper than a tack, Danielle quickly realized that a static website wasn’t an engaging one, and engagement is what she was after. So, she changed paths, learned yet another skill set between the relatively quiet hours of midnight and 2am, (which is when she often does her best work) and started blogging. Her following quickly took off and she built a community of moms within the “walls” of her blog.

Danielle began dabbling on Twitter and quickly found many amazing people there – some moms with young children, some with grown children, and many people who aren’t parents at all – but who are just great people. She started to get more serious about this new career of hers and investing in herself and growing her skill set by attending various blogging-related conferences. In 2009, she attended Blissdom, BlogHer and then the Type-A Mom Conference. She found that she was making great connections online, but when she was able to add networking in person to the mix, it really helped to further the relationships and the community that she was building via social mediums.

One of the people Danielle met and interacted with on Twitter early on was Stephanie Smirnov, a savvy PR exec, principal at DeVries PR who also happens to be a mom and a blogger – (and, as an aside, if you’re a professional woman who is not reading her blog, you’re missing out). They had the chance to meet IRL at the Type-A Mom conference and found they had great synergy. When Stephanie’s company decided to become a major sponsor of the 140Characters Conference in Los Angeles, she knew instantly that Danielle had the type of on-camera skills that she wanted to help make the most out of that sponsorship opportunity. And so, the camera, once again, swung back to Danielle. Via the path of social media and the time she invested there, and the friendships she made and fostered.

Fast forward a few months later, and when it was time for P&G (one of Smirnov’s clients) to send a team of bloggers to Vancouver to represent the brand at the Olympics, the selection of the lovely and talented Danielle Smith as part of that team was, quite simply, a no-brainer. The brand loves her, people love her and now Olympics junkies the world over know and love her, too. All because of a time suck like Twitter.

I told you before – it’s just like moving to a new town. If you don’t invest of yourself in exploring, experimenting with new friends and new places and new experiences, you’ll never like that new town. And the same is true with Twitter and any other form of social media. Invest yourself. Invest yourself in a genuine and transparent manner. Be prepared for it to take time, effort and energy. And then more time, effort and energy. But once you do, you can also reap some pretty amazing rewards. Just ask Danielle.